In the face of invisible, insidious diseases that impact hundreds of thousands of people, Living Proof Exhibit (LPE) uses the arts to offer hope and inspiration.

Since it was founded 10 years ago, the Quad-Cities nonprofit has provided therapeutic benefits of the arts to people affected by cancer, in a wide variety of settings and media.

One of its latest projects is being postponed by the current coronavirus pandemic. In a partnership with the Quad City Symphony Orchestra (QCSO) and Augustana-based composer Jacob Bancks, Living Proof is rescheduling the world premiere of the commissioned opera “Karkinos” from May 10 to Feb. 13, 2021, at Moline High School’s Bartlett Performing Arts Center.

The opera tells the story of a beautiful empress (representing a cancer patient) who’s forced into battle with the unseen monster Karkinos (cancer) on the night before her coronation. A maid represents cancer survivors and an angel represents the medical community.

“It’s an uplifting message of community. It’s a love story,” to be performed the night before Valentine’s Day, LPE executive director Pamela Crouch (herself a breast-cancer survivor) said recently. 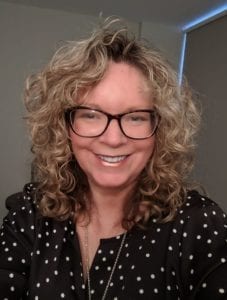 Bancks’ score – which aims to give hope and celebrate the strength and courage of cancer survivors — personally helped her through difficult mastectomy surgery Crouch had last November, after her fourth cancer diagnosis since 2008.

“The maid’s song, that he shared with me, it just connected. It’s a message of patience and calm,” she said.

“In my head, I kept singing the chorus, which is slowly, slowly, the bird takes its time to build its nest, and it just brought me calm and it kept me calm while I was in the hospital recovering. It was such a beautiful gift that he was able to share that with me,” Crouch said.

“That is what’s going to be so powerful and impactful. These songs and these words come out of all of these conversations Jacob has had with 30 people in the Quad-Cities who’ve been touched by cancer — doctors, patients, nurses — and it’s moving,” she said. “And it’s real. Even though it’s an opera and it’s big; we’re gonna have an empress for crying out loud. But it’s real, and I just can’t wait for people to hear it.”

The maid role is a person who comes to the empress and says she has battled Karkinos, which is represented by a small choir on stage. “She’s able to be there, helping the empress, because she’s already traveled, already battled Karkinos before,” Crouch described. “She knows what’s going to happen. She’s all those cancer survivors, when you’re newly diagnosed, you reach out to and they’re the ones who give you advice and guidance, and are the shoulder to lean on and cry on”

The male angel represents health care providers. “There’s some beautiful parts in there; the angel is the one, of course, who has to say ‘Karkinos is coming.’ The doctors are the ones, unfortunately, who have to tell you cancer is in your life now,” she said. “Then, there are beautiful moments there when the angel is there supporting the empress and it’s all woven in together in this wonderful story.”

The opera’s title is the Greek word for crab, and “cancer” is its Latin translation. It’s the first opera written by Bancks, a prolific composer and associate professor of composition and music theory at Augustana College, Rock Island. He’s had several pieces performed by the QCSO.

“Opera’s always been something I’ve wanted to do,” Bancks said in a 2019 interview. He’s penned vocal pieces, including a dramatic work for six singers as his University of Chicago doctoral dissertation in 2011. “I’ve written song cycles, other vocal music and choral music, so I’m well prepared.” 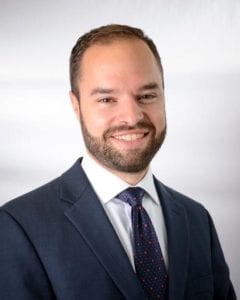 “We did it in a socially distanced fashion — Jacob recorded the piano accompaniment, and Nathaniel, who is actually sheltering at home at his parents’ home in the Quad-Cities, recorded the vocal track, and we’re mixing it now.”

Sullivan is a Bettendorf native, as is mezzo-soprano Kelly Hill – who will sing the role of the maid. The empress will be performed by soprano Sarah Shafer, who’s based in Philadelphia and soloed with the QCSO in 2013. “Karkinos” will feature a chamber orchestra of about 15 players, conducted by Mark Russell Smith.

Crouch said she was impressed Baxter was able to reschedule all the performers for next February, for the first opera to be done at the new $12-million, 800-seat theater, which opened in March 2019.

“We’re trying to layer it on top of an already existing season, so were sort of limited on that front too,” Baxter said, noting the QCSO Masterworks concerts the first weekend of February. “So, it was a challenge, but we got through it pretty quickly.”

Following the coronavirus crisis, the opera may take on greater weight and meaning, Crouch said. While Covid-19 has caused over 37,000 U.S. deaths as of April 18, cancer is expected to claim about 630,000 American lives in 2020, according to the CDC.

“So coming together in February and celebrating the beautiful message, I think it even is going to be more meaningful.”

“I think it has that potential,” Baxter agreed. “I mean, everything in our lives has been affected by this, whether or not we’ve actually gotten the virus. I think it takes on extra meaning.

“It’s exciting to still see something happen, that was derailed previously,” he said. “We’re hoping next season, we’re back in the game as quickly soon as possible, and we’re not seeing attendance affects.”

Bancks’ world-premiere clarinet concerto will be performed by the QCSO next April.

The orchestra was forced to cancel its April Masterworks concerts, plus youth ensemble concerts on April 19 and 26. Its next main event is scheduled for May 30 with “The Empire Strikes Back” in concert (with the film accompanied by live music) at the Adler Theatre, at 2 p.m. and 7:30 p.m.

“A Visualization of Hope”

LPE also is working on two other fronts, with new visual art exhibits to premiere at Davenport’s Figge Art Museum in September.

Living Proof is seeking entries for its annual exhibit to be held Sept. 10 to Dec. 6, 2020, at the Figge. All cancer patients and survivors within a 200-mile radius of the Quad-Cities can submit works and entries must be received by June 4.

“’A Visualization of Hope’ is especially important this year,” Crouch said. “Cancer patients and survivors have had to self-isolate even more than usual this year due to the COVID-19 pandemic. Artists have been keeping their hands busy so their minds and hearts can calm. The resulting works will reflect how art impacts health, and we believe that spirit of hope will shine through each piece.”

“With so much uncertainty in the world on top of being impacted by cancer, now more than ever is the time to explore how art can heal,” said Figge director of education Melissa Mohr. “This exhibition is the perfect outlet to share your cancer story through the creative process and we look forward to displaying the works this fall.”

“We talk a lot about in our programming, keeping your hands busy, to keep your mind and heart calm,” Crouch said. “A lot of people right now are doing that. They are keeping their hands busy, so they can calm and create. Any kind of disease takes something away from you, so when you create something tangible, there’s a power to it.”

LPE has its art exhibit every other year at the Figge, and also has shown in Peoria, Cedar Rapids and Dubuque. Last year, in Muscatine, they had 120 artworks. At the Figge, they average about 60 pieces, from cancer survivors and patients, Crouch said.

Since everyone is at home this spring, she expects greater participation than previous years. “I think people are, while they’re home, they’re finding — I have so many friends who say, I’m baking more, or I’m sewing, I’m creating.”

“So many more people are showing more photographs on social media, all different mediums. Everything that people are working on,” Crouch said. “I would imagine, our artists out there — our survivors, cancer patients — are using this time to find ways to create.” 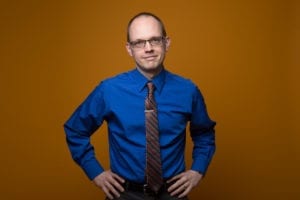 “It’s a wonderful opportunity for everyone to come together and celebrate. Goodness knows, we need some celebrations this year, don’t we?”

LPE also has a new Birdhouse Project: “Make Hope Soar,” in which anyone is invited to decorate a birdhouse to display at the Figge opening reception on Sept. 24, and then given away to people impacted by cancer.

This is a project you can do in the comfort of your home as we practice social distancing. These birdhouses will be distributed throughout the Quad Cities to people who have been touched by cancer. The birdhouses might go to a patient, to someone who has a loved one dealing with cancer, or to someone who works at one of the cancer centers, according to LPE.

People are encouraged to write an upbeat message on the underside of the birdhouse such as “Sending warm thoughts,” “Thinking gently of your health,” or “You are loved.” Please don’t use “Get well soon” as the artwork may be shared with a child of a patient or a caregiver.

Instructions for the birdhouses (due back by Sept. 18) can be found at livingproofexhibit.org/post/relieve-stress-and-support-cancer-patients-from-your-home.

As for “Karkinos,” all previously issued tickets will be honored for the new date. If you are unable to attend the new date, the QCSO encourages you to consider donating your tickets back to the Symphony, giving them away to others in your network, or you may exchange them for an upcoming concert in the 2020-21 season.

The opera tickets are $30 each for adults, and $10 for students, available at qcso.org. For more information on LPE, visit livingproofexhibit.org.

Jonathan Turner
Jonathan Turner has been covering the Quad-Cities arts scene for 25 years, first as a reporter with the Dispatch and Rock Island Argus, and then as a reporter with the Quad City Times. Jonathan is also an accomplished actor and musician who has been seen frequently on local theater stages, including the Bucktown Revue and Black Box Theatre.
See More Articles From Jonathan Turner
Advertisement
Tagged: brian baxtercovid-19events cancelled due to coronavirusjacob bancksLiving Proof Exhibitlocal artslocal musicLPEPamela CrouchQCSO Masterworksquad city symphonyQuad City Symphony Orchestra