Come check out the award winning La Divina: The Last Interview of Maria Callas before the show and star Shelley Cooper head to an Off Broadway engagement in New York City! 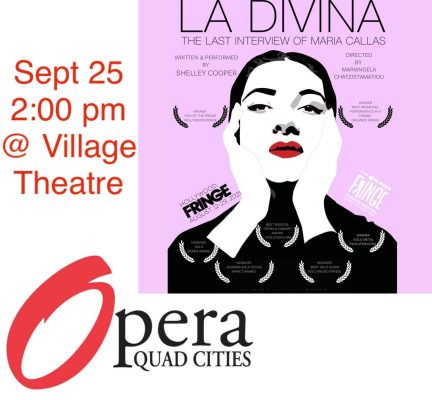 La Divina: The Last Interview of Maria Callas is a one-woman show inspired by the life and work of the Dramatic 20th Century Opera Singer Maria Callas. The audience eavesdrops on La Divina’s interview with a nonexistant Mr. Wallace and are taken on a journey through trauma, allowed glimpses of an extremely complex and tormented woman, and treated to some operatic gems including “O Mio Babbino Caro”, “Habanera”, and “Vissi d’arte”. The show provides interesting tidbits from the singer’s life — how opera kept her alive during World War II — and delves some into her complicated relationship with Aristotle Onassis, while offering insight into the singer’s own complications.