LATEST: Will Illinois Employers Be Able To Fire Employees For Refusing Covid Vaccinations?

BREAKING: Illinois employers could very soon be allowed to fire employees who refuse to get vaccinated or comply with other covid-19 regulations. 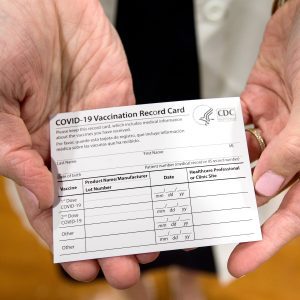 The Illinois Senate voted 31-24 to approve the proposal late Thursday night. This measure passed out of the House on a 64-52-2 vote Wednesday.

The new amendment now heads to Gov. JB Pritzker to be signed into the law, and it certainly looks as if it will be, given his statement released Thursday night.

If Pritkzer signs it, the new rules would be put into place starting June 1, 2022.

According to reports, Gov. Pritzker had been working behind-the-scenes to revise the law to allow employers greater leeway in disciplining employees who refuse to adhere to covid mandates in the workplace.

The amendment pursued by Pritkzer excludes objections to covid protocols.

Pritzker said “the act was “never intended to allow people to avoid public health guidance and jeopardize workplace safety during a global pandemic,” in a statement through his spokesperson. “The administration supports efforts to clarify the law, so it cannot be misinterpreted by fringe elements.”

The amendment comes in spite of covid numbers nationwide and statewide moving in a positive direction over the past month.

Covid numbers in Illinois have continued to slowly move downward over the past week, according to the latest numbers released today. This morning, Illinois public health officials reported 2,013 new confirmed and probable cases of COVID-19 and 26 related deaths. The statewide positivity rate likewise remained low over the past week, at 2.2 percent.