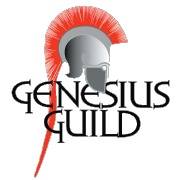 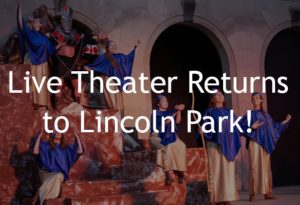 Live theater is returning to Rock Island’s Lincoln Park for free productions this month and next on Saturdays and Sundays, starting at 7 p.m.

The new adaptation is by Kevin Rich, who teaches theater at the University of Colorado, Boulder. 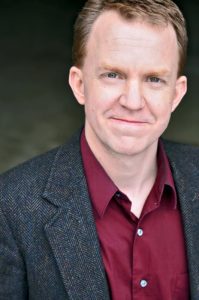 He served as the artistic director of the Illinois Shakespeare Festival from 2012-17, producing Shakespeare’s plays including an all-male original practices production of Much Ado About Nothing, and Hamlet starring Deborah Staples in the title role.

He launched a new work initiative, leading to productions such as Failure: A Love Story by Philip Dawkins, Love’s Labor’s Won by Scott Kaiser, and the commission and premiere of I Heart Juliet, a hip-hop adaptation of Romeo and Juliet by the internationally-acclaimed Q Brothers, which he directed.

Since the Covid-19 era, Genesius Guild has made a few adjustments to guarantee audience and participant safety, no matter what happens with vaccine distribution and Covid variants, according to www.genesius.org. Here are some details: 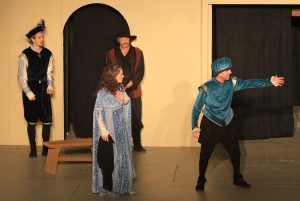 A scene from Genesius Guild’s 2012 production of “Measure for Measure.”

The schedule for this summer is:

The Genesius Guild is a community theatre organization that specializes in free classical drama. Founded in 1956, the group performs Greek drama, Greek comedy, the works of Shakespeare, and other classical authors every weekend throughout the summer.