Sean Leary January 8th, 2019 Things To Do, Music, Local, Events, Entertainment, Davenport Share:
Rhythm City Casino Resort is bringing Patrick Sweany to the Event Center stage on Sunday, February 17, 2019! Tickets are on sale now. Tickets are $15 and are all General Admission seating. Tickets may be purchased by visiting rhythmcitycasino.com, by calling 844-852-4FUN or in person at The Market inside Rhythm City Casino Resort. 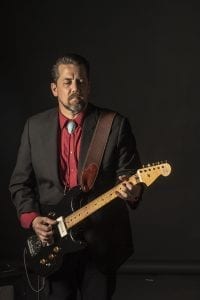 Nashville vocalist/guitarist Patrick Sweany doesn’t hold back on his latest studio album, Ancient Noise. Patrick Sweany incorporates country music, soul music and 50s era rock and roll into his electric blues stylings. Sweany recorded the new tunes with GRAMMY® Award-winning engineer/producer Matt Ross-Spang after Ross-Spang invited Sweany to check out his new home base at legendary Sam Phillips Recording in Memphis. The record opens with two tracks: “Old Time Ways” and “Up & Down” that recall the howling vocals and raw guitar work that first put Sweany on the map over a decade ago. However, getting out of his comfort zone meant reimagining a lot of the songs Sweany had penned for Ancient Noise, none more so that the third track “Country Loving.”  Sweany and the band delve deep into Allen Toussaint-style funk on “No Way No How,” the organ fueled “Get Along,” and “Cry Of Amédé,” which touches on the life of Amédé Ardoin, a brilliant, pioneering Creole musician who was brutally beaten in 1934 for accepting a handkerchief from a white woman. 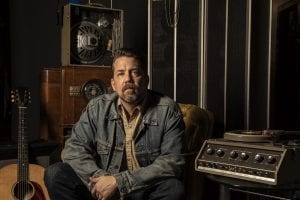 Other tracks recall even wider influences: “Outcast Blues” has a bluesy lurch that recalls The Stones’ Exile On Main Street; “Play Around” has an early 60s do wop feel, and album closer “Victory Lap” ends with a raving coda that would make Bob Seger proud.Ancient Noise is Patrick Sweany’s eigth full-length album, and it finds Sweany in top form, willing to push himself stylistically to great effect. The record released on Nine Mile Records on May 11, 2018.