Home › Arts & Entertainment News › Things To Do › Catch Martin Sexton at The Stardust!

Get a head start to your weekend this Thursday night with some live music at The Stardust!

Martin Sexton, with Chris Trapper, takes the stage at The Stardust (218 Iowa Street Davenport) on Thursday Jan 10. Doors open at 6 p.m. and the music begins at 7 p.m. 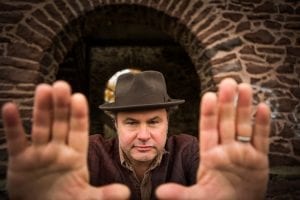 A native of Syracuse, N.Y., and the tenth of 12 children, Martin Sexton grew up in the ’80s. Uninterested in the music of the day, he fueled his dreams with the timeless sounds of classic rock ’n’ roll.

From 1996 to 2002 Sexton released Black Sheep, The American, Wonder Bar and Live Wide Open. Martin Sexton launched his own label, KTR, in 2002. His songs can be heard in many feature films and television including NBC’s Scrubs, Parenthood and Showtime’s hit series Brotherhood.

Stage, film and television aside, when Sexton isn’t touring he often mixes entertainment with his sense of social responsibility, performing at benefits for Paul Newman’s Hole in the Wall Gang camp, the Children’s Tumor Foundation, Japan earthquake/tsunami relief (The John Lennon Tribute), and Hurricane Irene relief efforts in Vermont, to name some.

Billboard called Sexton’s version of “Working Class Hero” for the Lennon tribute/benefit in 2010 “chill-inspiring.” Released this November as part of The 30th Annual John Lennon Tribute album, the track is available on iTunes.

Tickets to this show are just $25 and can be purchased online at https://www.eventbrite.com/e/martin-sexton-w-chris-trapper-tickets-50366134464.

For more information on Martin Sexton, visit his website at http://www.martinsexton.com.