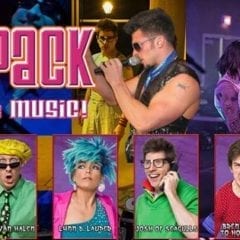 “The 80s aren’t over till we say they are.” The Brat Pack brings all the best of the 80s to RIBCO (1815 2nd Ave Rock Island) this Friday Jan 10 from 8 – 11 p.m. And you won’t want to miss it! The Brat Pack has delivered happy 80s and beyond party goodness throughout this great land for eighteen sweet years – that’s 150% the size of the Me Decade itself. The Brat Pack plays those never-ending hits so true to the originals that every once in a while, a listener suspects lip-synching, so the band might have to treat them to a teensy little mistake just to set them... Read More

The Manny Lopez Big Band Jazzin’ Things Up at The Speakeasy 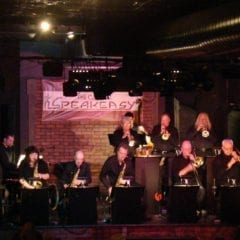 Head down to The Speakeasy for some great Jazz music this Friday night! The Manny Lopez Big Band heads back to The Circa ’21 Speakeasy (1818 3rd Avenue Rock Island) this Friday Jan 10. Doors open at 5 p.m. and the concert starts at 6 p.m. This band includes musicians from the Quad Cities area in addition to others from across the Midwest! You’ll hear some of the greatest hits from the big band era during this two-hour show! Food options will be available for purchase, such as sandwich baskets and pizza. The Speakeasy also offers a full bar. Tickets are $15 in advance and $18 the day of... Read More 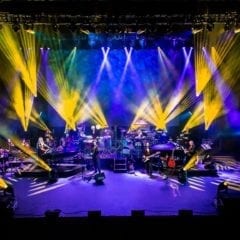 Nothing brings on that holiday cheer quite like a live performance from the ultimate neoclassical new-age music group, Mannheim Steamroller. Experience Mannheim Steamroller Christmas at the Adler Theatre (136 E. 3rd Street Davenport) this Thursday Nov 14 at 7:30 p.m. Chip Davis, founder and creator of Mannheim Steamroller, will celebrate the 35th Anniversary of his annual Christmas concert tour, making it the longest running consecutive concert tour in the entertainment industry! “I remember when I came out with my first Christmas album in 1984 followed by our first tour.  Back then, many in... Read More 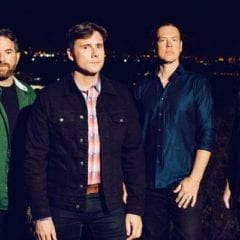 Are you ready? Jimmy Eat World is coming to the Quad Cities! Jay Goldberg Events & Entertainment and The Rust Belt (533 12th Avenue East Moline) present Jimmy Eat World on Friday Nov 8 at 7 p.m. Tickets to this nostalgic show are only $30. You can purchase yours online at https://www.eventbrite.com/e/jimmy-eat-world-tickets-72975887845. Jimmy Eat World is an American alternative rock band from Mesa, Arizona, formed in 1993. The band is composed of lead vocalist and guitarist Jim Adkins, guitarist and backing vocalist Tom Linton, bassist Rick Burch and drummer Zach Lind. Jimmy Eat World has... Read More

Molly Hatchet’s Flirtin’ with Disaster at The Rust Belt 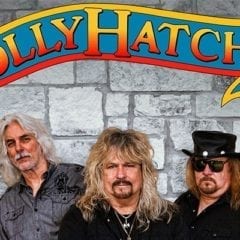 Feelin’ like a little Flirtin’ with Disaster this Friday night? Head to The Rust Belt (533 12th Avenue East Moline) this Friday Nov 1 for live music from Molly Hatchet, with opening guest Joe Stamm! Joe Stamm takes the stage at 7 p.m. and Molly Hatchet will continue the excitement at 8:30 p.m. Stick around after the concert for the Joe Stamm after party! Tickets are just $20 in advance and $25 on the day of the show. Get yours today, online. Molly Hatchet is an American Southern hard rock band formed by guitarist Dave Hlubek in Jacksonville, Florida, in 1971. The band is best known for their... Read More

Take a Trip with The Way Down Wanderers at RME

Looking for some feel-good live music this week? The Way Down Wanderers and Barbaro take the stage this Thursday Oct 10 in the Redstone Room at River Music Experience (129 N Main St. Davenport). Doors open at 7 p.m. and the show begins at 8 p.m. Tickets to this all-ages show are $12 in advance and $15 on the day of the show. Purchase your tickets today at https://www.eventbrite.com/e/the-way-down-wanderers-w-barbaro-redstone-room-tickets-63581265276. Often referred to by fans as one of the hardest-working, hardest-touring bands on the circuit today, the 5-piece Illinois-based act not only proves... Read More 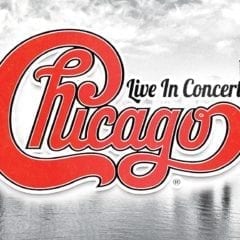 From the signature sound of the Chicago horns, their iconic vocalists, and a few dozen of ever-classic songs, this band’s concerts are celebrations.  2019 marks the band’s 52nd consecutive year of touring, without missing a single concert date! Witness the Chicago magic at the Adler Theatre (136 E 3rd Street Davenport) on Wednesday Oct 2 at 8 p.m. Chicago’s lifetime achievements include two Grammy Awards, two American Music Awards, Founding Artists of the John F. Kennedy Center for the Performing Arts, a star on the Hollywood Walk of Fame, a Chicago street dedicated in their honor, and keys... Read More 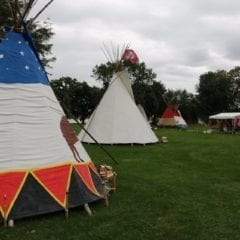 How would you like to step back in time and see how life was for the Great Plains Native Americans? Well here is your opportunity! Join Illiniwek Forest Preserve (1201 State Avenue Hampton) this Friday Sep 27 – Sunday Sep 29 for the 2019 Tipi Gathering! This FREE event will feature elements of the Great Plains Native American culture. Tour fifteen different tipis while enjoying music, drum circles and dancing. Here is a full schedule of events for this weekend: Friday Sep 27 School group day 10 a.m. to 2 p.m. Students will view tipis, learn history, and experience the drum circle and dancing.... Read More 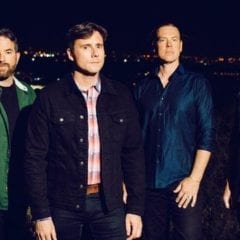 Can you believe it? Jimmy Eat World is coming to the Quad Cities! Moeller Nights has just announced that Jimmy Eat World will be performing at The Rust Belt (533 12th Avenue East Moline) on Friday Nov 8 at 7 p.m. Tickets to this nostalgic show are only $30 and will go on sale this Friday Sep 27. You can purchase yours online at https://www.eventbrite.com/e/jimmy-eat-world-tickets-72975887845. Jimmy Eat World is an American alternative rock band from Mesa, Arizona, formed in 1993. The band is composed of lead vocalist and guitarist Jim Adkins, guitarist and backing vocalist Tom Linton, bassist Rick... Read More

It’s Time For Some Brew Ha Ha Fun in the Quad Cities! 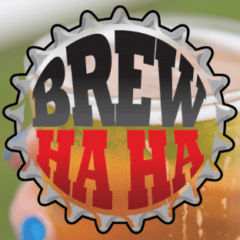 Are you interested in enjoying some craft beer with friends, while raising money for local charities? Of course you are! Jaycees of Quad Cities are hosting the annual Brew Ha Ha this Saturday Sep 21 from 12-5 p.m. in the LeClaire Park & Bandshell (400 West Beiderbecke Drive Davenport). Must be over 21 and over to attend. Tickets for this event are $30 per person in advance, which can be purchased online, or $35 at the door. All proceeds allow Jaycees of the Quad Cities to continue with their mission of giving back to their community through various service and non-profit organizations! New... Read More