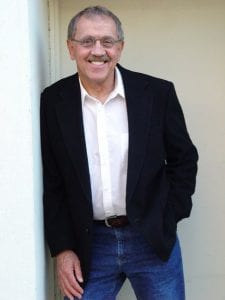 That’s how Donald C. Hepner started off a production of A Christmas Carol one night. And that one moment perfectly captures than man we all knew as “Hep.” You were never certain whether you were in on the joke or part of it.
A standup comedian, gifted actor, personal friend  and mentor to many on the local theater and comedy scene, Hepner died of a massive heart attack Sunday night in his Moline residence. He was 79.
He was an original dude, a great writer (his book “Reggie! Ringling’s First Black Clown” is FANTASTIC), and a fine performer with a constant glint of mischief in his eye. He was also a fascinating stand-up 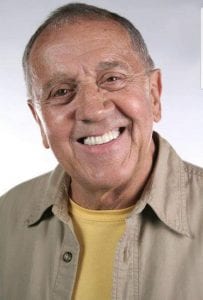 comedian and I always enjoyed his work because it wasn’t laugh out loud funny but it was something deeper and way more off beat than anything I had ever seen. It was just odd enough to be brilliant.
Off stage, Hep was the guy who managed to always be up to something. Whether it be fighting with the legendary John Payonk over space in the dressing room (moving Pinky’s items inch by inch or constantly leaving his chair in his way) or innovating ways to entertain — who could forget Hep making national headlines as the infamous Off Ramp Comic — Hep wasn’t one for going after a normal laugh or reaction. He was going after something different.
Hep WAS something different.
Hep was in my first show at Circa and one of the people I became close to right away. We got together for breakfasts, lunches, dinners and I always loved hearing his crazy stories about his studio days in LA, his days with the circus, his lottery win, crazy tales from the car wash, his time as regional theatre actor and comedian…
There was no one like him.
Though we lost touch over the years, I never forgot HIM or his tales. How could you?!
Hep was a legend.
A true one of a kind.
Rest easy, Hep.