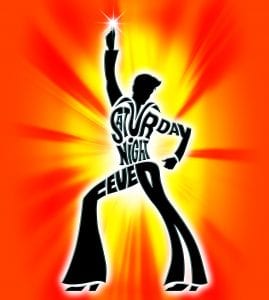 Circa ’21 is looking to fill out ensemble roles for its summer production of “Saturday Night Fever,” to run from mid-July to Sept. 11.

The highly anticipated musical was in dress rehearsals when the theater at 1828 3rd Ave., Rock Island, had to shut down March 16, 2020, because of Covid-19. The musical has been rescheduled for summer 2021.

Production dates, including rehearsal, for the stage adaptation of the hit 1977 John Travolta movie musical, are July 1 – Sept. 11, 2021. The directorial team for this musical featuring the hits of the Bee Gees are director/choreographer Amy McCleary from Ft. Myers, Fla., and Quad-Cities favorite, musical director Ron May.

The Circa production is to open to the public in previews July 14-15, with the Friday night opening on July 16. 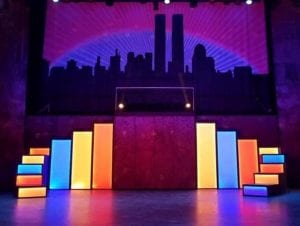 A look at the original March 2020 Circa ’21 set for “Saturday Night Fever.” The long-awaited musical is planning to restart rehearsals this July 1.

Those interested in being considered should submit a Bee Gees song or an upbeat disco-era song, a brief monologue, and a dance reel showcasing contemporary, athletic, sexy dance styles and any partnering dance experience. All roles in this professional production are paid.

The following roles in the show are available to be cast:

​The show character breakdown and information on open roles can be found at circa21.com/auditions.

All roles in this professional production are paid. Questions and submissions should be sent to producer Denny Hitchcock at dpjh@circa21.com no later than April 23, 2021.