BREAKING: California MANDATING Kids To Get Covid Vaccine, Is Illinois Next?

BREAKING NEWS: California is becoming the first state to mandate covid-19 vaccines for kids attending school once the shots are federally approved for their age groups, and with Illinois following many of the same paths as the most-populous U.S. state, could Illinois be next? 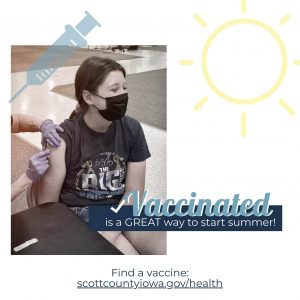 Now anyone age 12 and over can get a free Covid vaccine.

Several school districts in California are already requiring the vaccine for students, and the statewide mandate will begin for grades 7-12, then move to K-6, by summer 2022, pending FDA approval of the vaccines for those age groups.

Newsom said the mandate depends on full Food and Drug Administration approval of the vaccines for kids. Currently the Pfizer Inc. and BioNTech SE’s shot is approved for ages 12 and older, but the companies have submitted data to get the shot approved for children ages 5-11.

The move by California has prompted speculation that Illinois could be next to follow in the same footsteps, as Illinois Gov. JB Pritzker has already put into effect several of the same covid mandates previously used by California.

Illinois students, teachers and school staff with confirmed and probable covid-19 infections are currently required to be banned from schools and school activities due to an executive order signed by Illinois Gov. JB Pritzker. The executive order states that people are required to remove themselves from schools or school activities if they have covid-19 or knowingly have been in close contact with someone who has the virus.

The order states schools must exclude any student or school personnel with confirmed or probable cases of COVID-19 for at least 10 days, while those who have been in close contact with someone with covid are ordered to stay out of schools for at least 14 days. 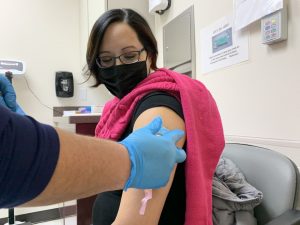 The latest Illinois weekly covid-19 numbers are trending in a positive direction, with a third straight week of slowly declining numbers after two months of spiking cases.

There were 21,787 new cases over the past week, a 16 percent decrease in infections over the previous week, according to the Illinois Department of Public Health.

Deaths due to covid also fell about 16 percent from the previous week, and across the state, the positivity rate has dropped from 4.1 to 2.7 over the last week.

Hospitals across the state also saw an 8 percent decline in covid patients, although southern Illinois was still in rough shape, with ICU beds at capacity across most of the southern zones. Only two ICU beds were available across the entire seven counties making up the southernmost part of Illinois.