Kai Swanson of Augustana College, Rock Island, related Wednesday: “It is with a heart made heavy by a thousand light memories that I inform the Augustana community of the passing of Roald Tweet, professor emeritus of English.”

Tweet, 87, died today after a brief illness. He became a member of the Augustana English Department in 1960, and remained there until his retirement in 1999; he chaired the department from 1967 until 1984. In 1998, he was appointed to the Conrad Bergendoff Chair in the Humanities, the second person (after Dorothy Parkander) to hold the College’s first endowed position. 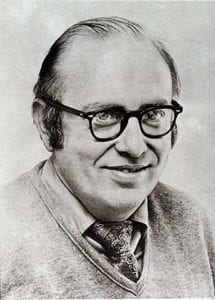 Tweet grew up in Brownsville, Minnesota, and lived most of his life along the Mississippi River, “a richly alluvial thread that meanders through much of his creative work,” Swanson, special assistant to the college president, said. “Several of his writing projects were undertaken on behalf of the U.S. Army Corps of Engineers.”

Since retirement, Roald and his wife Margaret have maintained their family home of 60 years, a house just off campus built in 1889 and long associated with Professor Ernest W. Olson, who translated the beloved Swedish hymn “Tryggare kan ingen vara” into “Children of the Heavenly Father,” Swanson said.

“Dr. Tweet is beloved by a generation of graduates for his passion for ideas and his love of the liberal arts,” Augustana president Steve Bahls said Wednesday night. “He is one of the most revered faculty members in Augustana’s history.”

WVIK general manager Jay Pearce said that until Covid this spring, Tweet was a regular at the radio station, “so I got to chat with him almost 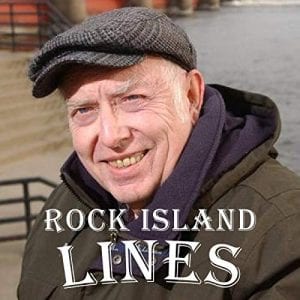 Tweet was famous in part for his regular “Rock Island Lines” segments on WVIK.

every day,” he said. “As a transplant, those chats and listening to ‘Rock Island Lines’ added so much to my experience of living in the QCA.

“He brought local history alive through his excellent storytelling. WVIK will keep airing them,” Pearce said. “And posting them on our app. He recorded three new Scribble programs last week. We will air them this month, because we know he would want listeners to enjoy the discussions.”

Tweet was born on Sept. 1, 1933, in Fountain City, Wis., and grew up in southern Minnesota. He graduated from St. Olaf College in 1955 and received his doctorate in American literature from the University of Chicago in 1967.

In addition to his work in the English department, Tweet served on the faculty for Augustana’s graduate program in regional studies. He also served as the faculty advisor for the Observer and the Writer’s Club. In 1990, Tweet received the Sears-Roebuck foundation Teaching Excellence and Campus Leadership Award.

In 1957, he married Margaret Knudson, whom he met in college; they had three children. His hobbies included whittling, wood-carving, and building model airplanes, grandfather clocks, and a clavichord for fellow Augustana professor Dorothy Parkander.