Behind The Fluff: The Tawdry Tales Of Festival Of Trees’ Teddy Bear Teas

Entertainment is a tricky thing. One person’s wholesome fare is another person’s demon-possessed trash.

From time to time, I’ll get emails from irate people who are disappointed that I’ve recommended some bit of entertainment they find to be offensive. One of them messaged me about it. Another called me, taking me to task for “leading children down the path of evil.” How she knew I’d been a tour guide at Disneyland is beyond me. But nonetheless, this lady wasn’t pleased. “You shouldn’t be telling parents to let their children go to demonic concerts…you should be warning them about harmful entertainment!” she said.

You know, she’s got a point. So, aside from warning you not to buy Nickelback’s upcoming album, I’m going to do my best to educate you about a dangerous event that’s going on in the Quad-Cities this week.

Specifically, the Festival of Trees’ Teddy Bear Teas, which trundles into the Davenport RiverCenter on Sunday.

The Festival of Trees people describe it as a “delightful event” featuring “adorable teddy bears” and “fun for the whole family.” What they don’t tell you is that it’s the plushie equivalent of a gangsta rap video crossed with a trip to Marilyn Manson’s house.

Then there’s the gambling. Candyland. Uno. Go Fish. And it ain’t just for small stakes either. There are kids who are still having flashbacks about the year Huggy McFluffstein lost three buttons and most of his stitches to Snuggle Diddy. These aren’t your average bears. Ruggles The Third? Elwood VonPouch? Cuddles? There isn’t a Ken, Barbie or GI Joe around that doesn’t hide behind the Speak And Spell at the mere mention of their names. 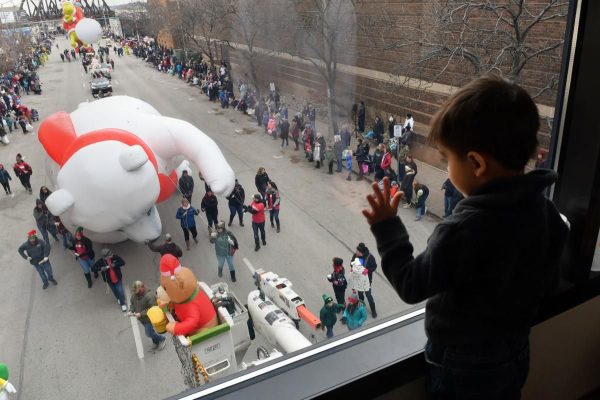 Emperor Cuddlesworth, during a relapse into his opioid addiction, mauled several parade walkers as an innocent child watched in horror. Even the Grinch turned away, chilled.

“I haven’t been able to set foot in a toy store since.”

Next week: I take a hard look at the ink dabbing addictions suffered at local bingo parlors.