Lynn Allen will perform a special reunion gig at 5 p.m. Saturday at Kavanaugh’s Hilltop, 1228 30th St., Rock Island. The following article is from an interview I did with the band in 2016 when they were inducted into the Iowa Rock And Roll Hall Of Fame.

“Was that right, was that even close?” he says, as she shrugs and nods. He laughs heartily. “Don’t worry, I’ll keep tryin’, I’ll get it right 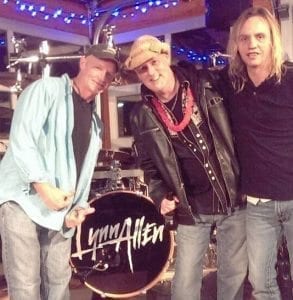 This weekend that success will be duly recognized and rewarded as the band is inducted into the Iowa Rock and Roll Hall of Fame. Peiffer says, candidly, that he wasn’t even aware the band had been previously nominated “four or five times” but was finally aware when he was notified last October they’d gotten in.

The members who will accompany Peiffer into the hall, during the Labor Day ceremony at the venue in Arnold’s Park, Iowa, include original members Compton, Boyd and Murphy as well as later members John Williamson, Mark DeKalb and Kevin Sampson. Longevity and accomplishment within the group were  the determining factors on which of the more than 30 members over the decades would be in, Peiffer 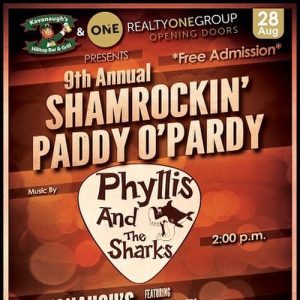 “I’ve just always tried to write catchy songs that people like,” Peiffer said. “I want people to be able to put the windows down in the summer and crank the radio up and enjoy it.”

One of Peiffer’s most indelible memories from a musical life of them was hearing a song of his on the radio for the first time.
“It was ‘Leave Me Alone’ on 97X in 1982, and it was just like, ‘we made it,’ we couldn’t believe 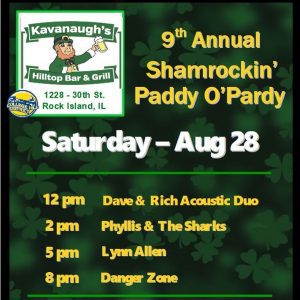 it,” he said. “Then our stuff started getting played on stations across the state and the country and then before you knew it somebody in Texas knew somebody in London and we were going over there and that was just the coolest thing.”

Listen to my conversation with Billy on Episode 110 of my podcast QCUncut Here.