The Quad City River Bandits will play their full 2020 schedule, despite an uncertain future after Major League Baseball announced its plans to potentially sever ties over 40 minor league teams, including the River Bandits.

The MLB and Minor League Baseball’s Professional Baseball Agreement is set to expire after the 2020 season, ergo this season will remain unhindered by the new plan.

According to an article published Saturday in the New York Times, a Major League Baseball proposal has been forwarded that would cut ties between 42 minor league teams and their major league partners. The Quad City River Bandits, a minor league affiliate of the Houston Astros, are on that list.

MLB officials are positing that the moves are to streamline the developmental leagues and to eliminate those whose facilities and quality are not up to their standards, according to the report. The report also says that one of the teams leading the elimination proposal is the Houston Astros. The River Bandits are a minor league affiliate of the Astros. The Astros are already embroiled in another controversy, over cheating, with the MLB.

The River Bandits aren’t the only local team affected, as the Clinton Lumber Kings and the Burlington Bees are two other Iowa teams on the blacklist. 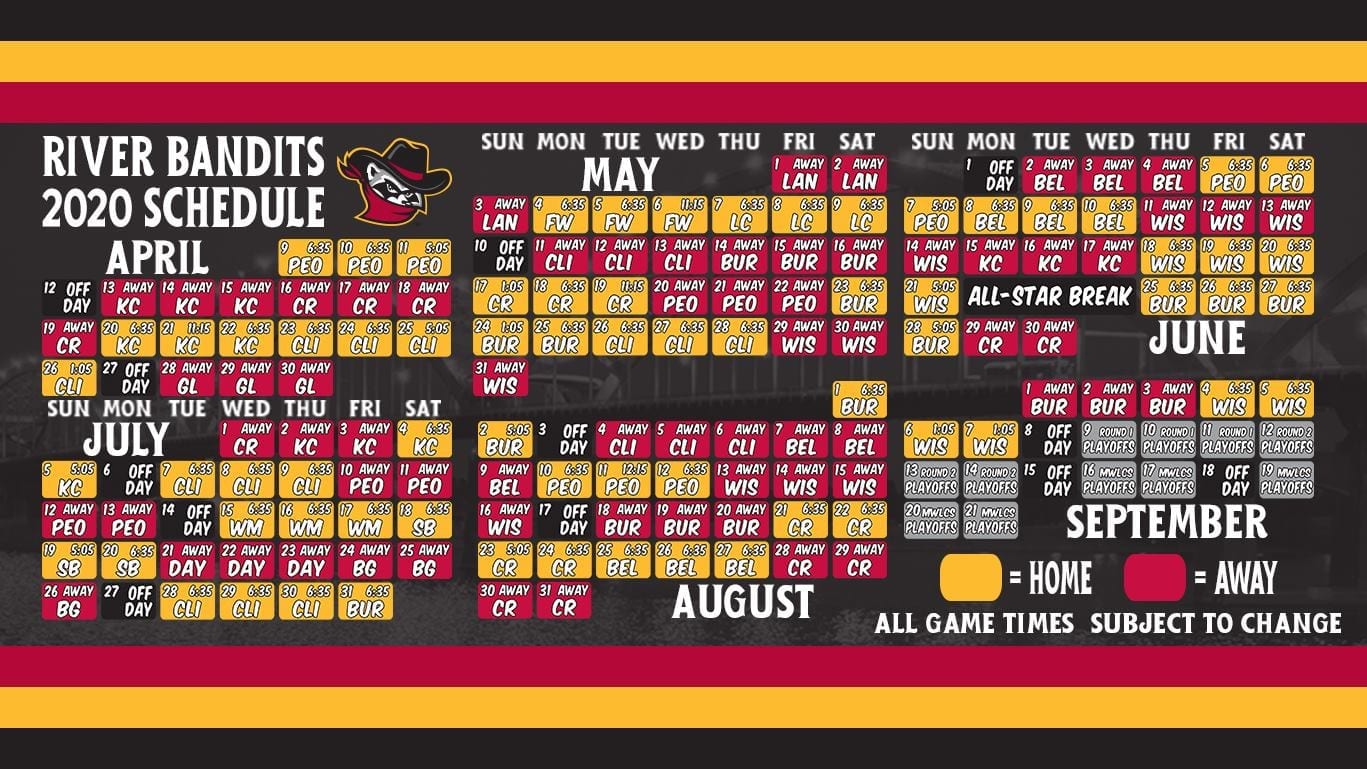 Currently, major league clubs pay for the staff and players for their affiliates, leaving minor league teams to cover everything else, including field, equipment, travel and uniform-related costs. Ergo, a severing of ties would result in a heavy additional financial burden to teams.

“We are in discussions with the owners of the Minor League teams to reorganize elements of the system with the goal of improving the working conditions of minor league players,” MLB said in a statement to The New York Times, “including upgrading the facilities to Major League standards, increasing player compensation, reducing travel time between affiliates for road games, improving transportation and hotel accommodations, increasing the number of off days, and providing better geographical affiliations between the M.L.B. Clubs and affiliates.”

If eliminated, the teams, including the River Bandits, could continue as independent entities and play other independent teams, or form a league of their own. There are already six major independent baseball leagues active in the minors. The American Association is the biggest Midwest league, including such teams as the current champion Kansas City T-Bones.

Another aspect of the new proposal would reduce the amateur draft from 40 to 20 rounds, allowing for more players for independent teams. The draft would also be moved to August, from its current June, which could likewise allow independent teams to draft earlier and pick up more talent among players not considered to be shoe-ins for the MLB draft.

Limits on the number of players each organization could have in Triple-A, Double-A, High A, Low-A and in their minor league “complex” team have also been discussed, which could also allow for more talent to slip through to independents.

One part of the proposal could impact teams like the Bandits, as MLB said it would create a new “Dream League,” operated by them to provide undrafted players an opportunity to play as they look to break into professional baseball. However, the financial arrangements of that idea are unknown, and it may behoove teams let go in the initial purge to go it indie instead of continuing to live at the whim of the MLB.

For more details on the proposal, see https://www.baseballamerica.com/stories/mlb-floats-proposal-that-would-eliminate-42-minor-league-teams/

Sean Leary
Sean Leary is an author, director, artist, musician, producer and entrepreneur who has been writing professionally since debuting at age 11 in the pages of the Comics Buyers Guide. An honors graduate of the University of Southern California masters program, he has written over 50 books including the best-sellers The Arimathean, Every Number is Lucky to Someone and We Are All Characters.
See More Articles From Sean Leary
Tagged: baseballBurlington BeesClinton Lumber KingsMILBMLBQuad City River Bandits