If you’re itching to get out and see some new locally made short films, plan on rolling into Sterling, Ill., on Wednesday, Aug. 26, for the first-annual Northwest Illinois Film Festival at the Midway Drive-In Theatre.

The free event (registration required) is billed as a “Shorts-A-Palooza,” and is a celebration of Illinois independent filmmakers, featuring several short films  — including a few from Quad-Cities producers. 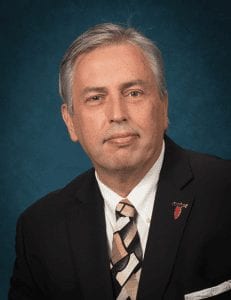 Gary Camarano is executive director of the Northwest Illinois Film Office and director of economic development for Whiteside County.

“The festival is an abridged version of the much larger film festival we had planned for May, but were forced to cancel due to the Covid-19 pandemic,” Gary Camarano, executive director of the Northwest Illinois Film Office, said recently.

“We were going to reschedule for next year, but upon further consideration, we decided that Covid-19 was not going to stop us. We would adapt and do things differently, but we would continue to move forward,” he said.

The film fest was originally planned to be a two-day event running concurrently in Rockford, the Quad-Cities (Regal Cinemas in Moline), and at Sauk Valley Community College. A program of feature films, shorts, and documentaries from Illinois indie filmmakers, along with panel discussions and networking/social events was to be scheduled.

As the pandemic emerged, it became clear that an event like the film festival would not be possible.

“We started planning for next year, and as we started thinking about public safety and social distancing we started thinking ‘Why not hold the event at a drive-in?’” Camarano recalled. “We have one of only five drive-ins still functioning in Illinois right here in the heart of Northwest Illinois, so why not use that?”

“We revamped the program from a two-day event to a single night, and went from features, shorts and documentaries to just short films,” he said. “I think we have a solid program with a lot of variety put together – with some strong representation from Northwest Illinois filmmakers, and filmmakers who have come to work in the Northwest Illinois region.” 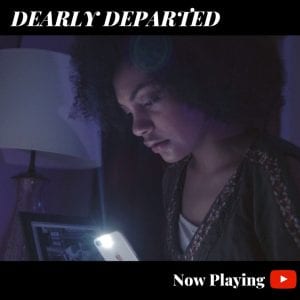 “Dearly Departed” was made by Rock Island-based Fresh Films.

“Our film office wants to accomplish three things,” Camarano said. “First, we want to help promote the works of our independent filmmakers. They do incredible work, and we want to help them get exposure. This is a very talented group of people with lots to say and stories to tell.

“Secondly, we want to promote Northwest Illinois as a location for film projects.,” he said. “With over 5,000 square miles of potential locations, five film liaisons, dozens of film-friendly communities, access to a talented workforce, and the ability to offer some significant State incentives to filmmakers, our region is a great place for film projects.

Fresh Films at Augustana College gets kids nationwide involved in all roles of film production.

Over the last two years, three feature films have been completed in Northwest Illinois — “Hunter’s Creed,” “Blacklight,” and “Without Grace,” as well as episodes for Quibi’s “The Now,” HBO’s “Lovecraft County,” and Fourth Wall Films “Hero Street” documentaries.

Rockford filmmaker Don Hatton commented, “There’s a lot going on in Northwest Illinois, and I see a future for film production here in the region. Resources like the State Film Office and Northwest Illinois Film Office are only going to improve the industry presence here, and that will mean more projects, investment, spending and jobs.”

“It is great to see local film offices open up, and help the film industry in Illinois,” said Peter Hawley, director of the Illinois Film Office. “Last year, the state saw over $550 million in film projects come here, and although this year will be tested by Covid-19, collaborative efforts between state and local offices like Northwest Illinois will only lead to a stronger film industry in Illinois.”

As a result of announcing the first film fest, a production company in Los Angeles contacted Camarano about a project for next summer involving a rural setting. They were considering Indiana, but, the “film friendly” communities of Northwest Illinois have piqued their interest, he said.

Based at Augustana College, Rock Island, the nationwide Fresh Films creates films, TV shows and documentaries while training future filmmakers in all aspects of film. 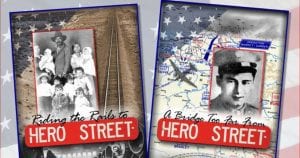 The fest includes “Riding the Rails to Hero Street” and “A Bridge Too Far From Hero Street.”

Youth collaborate on-set rotating through every film position – from camera and sound, to editing and effects – gaining technical and workplace skills, according to freshfilms.org. Its productions have been seen on DIRECTV, PBS, IFC, iTunes, Amazon, Redbox, in theaters in the U.S, and 12 countries.

Productions include the AT&T Hello Sunshine Filmmaker Lab with Reese Witherspoon that brought 21 female filmmakers to Los Angeles to create a documentary about women in film and “The Stream” starring Rainn Wilson (“The Office”) and Mario Lopez (“Extra”).

The Entertainment & Media program at Augustana offers academic courses in film and TV and gives Augustana students an opportunity to work with Fresh Films all year long in production, editing, marketing and business.

“Dearly Departed,” the pilot for a planned TV series now in development, is about a mother-daughter duo who embark on a spooky comedic adventure as they inherit a beautiful (if run-down) old mansion. But once they move in, they discover that there are already unseen beings 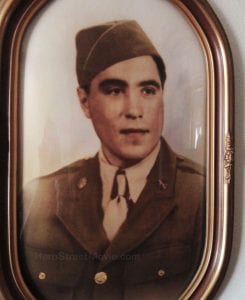 The next Hero Street doc will profile Joseph Sandoval of Silvis.

who call it home.

It was filmed partly in July 2018 at a historic home in Chicago – the Ingersoll-Blackwelder House, 10910 S. Prospect Ave. The Morgan Park house, built in the 1870s, is on the National Register of Historic Places.

“Dearly Departed”’s lead actress, Ariana Burk, also has a part in the feature film “Beats” on Netflix. The pilot episode was created and directed by Estlin Feigley.

“Riding the Rails to Hero Street” and “A Bridge Too Far from Hero Street”  are part of a planned 10-part documentary series on Silvis’ Hero Street (that began with 2015’s “Letters Home From Hero Street”). Only a block and a half long, Hero Street lost six young men in World War II and two in the Korean War, more than any other street in America of any size. Hero Street has provided over 100 American military service members since World War II.

“Riding the Rails” explores the immigrants’ journey from Mexico to the Quad-Cities’ segregated communities of Cook’s Point in Davenport, Holy City in Bettendorf, and the Chicago, Rock Island and Pacific Railroad yard in Silvis. 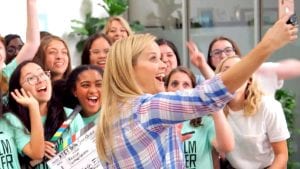 “A Bridge Too Far” tells the story of Pvt. William “Willie” Sandoval who was assigned to Co. F, 504 Parachute Infantry Regiment, 82nd Airborne Division and became part of the ill-fated Operation Market Garden plan. The day after his 21st birthday, Willie was one of 20,000 paratroopers who leapt into the sky over German-occupied Holland on Sept. 17, 1944.

Filmmakers Kelly and Tammy Rundle will attend the Sterling film festival. A trailer of their new award-winning docudrama “Sons & Daughters of Thunder” will also screen at the festival.

They recently were approved for a $4,100 grant from Illinois Humanities for the fourth Hero Street doc, “An Infantryman From Hero Street,” to tell Joseph Sandoval’s story.

Born on March 8, 1919, Joe Sandoval entered the Army in 1944 and served with Co. I 41st Armored Infantry Regiment. Joe and Frank Sandoval were brothers.

The Rundles are planning for a release by the end of 2021 for the new film, director Kelly Rundle said. 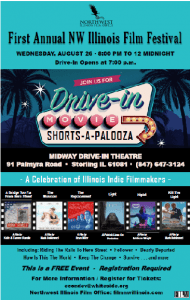 “Funding for a history project is a challenge in the Covid-19 era, so we especially appreciate this new support for the Hero Street film series from Illinois Humanities,” he said.

“We are thrilled to be investing in your work and to be partnering with you through the Illinois Humanities Community Grants program,” Illinois Humanities executive director Gabrielle Lyon said in their grant approval. “We consider you a valuable partner in presenting high-quality humanities programs to audiences around Illinois and in making the humanities more vital to our communities.”

The state agency previously awarded a Community Grant to “Bridge Too Far From Hero Street.”

The Midway Drive-In Theatre is at 91 Palmyra Road, Sterling. Parking will be limited, with cars spaced apart, no concessions sold on site, and masks required for people outside their cars. Filmgoers are encouraged to bring their own food and beverages, and pre-registration is required at eventbrite.com/e/first-annual-nw-illinois-film-festival-shorts-a-palooza-tickets-116673207705. One ticket per vehicle with a maximum of four occupants per vehicle.

Jonathan Turner
Jonathan Turner has been covering the Quad-Cities arts scene for 25 years, first as a reporter with the Dispatch and Rock Island Argus, and then as a reporter with the Quad City Times. Jonathan is also an accomplished actor and musician who has been seen frequently on local theater stages, including the Bucktown Revue and Black Box Theatre.
See More Articles From Jonathan Turner
Tagged: blacklightdearly departedfilm festivalsgary camaranokeep the changenorthwest illinois film festnorthwest illinois film officeriding the rails to hero streetsurvivethe musician