Circa ’21 Proves the Show Must Go On – Outside

Even though it’s been closed nearly three months, Circa ’21 Dinner Playhouse got a pretty great 43rd birthday present Thursday, June 11. Within a day of announcing it, the theater sold out all tables (totaling about 140 people) for its unique “Music on the Marquee” cabaret on Sunday, June 21. 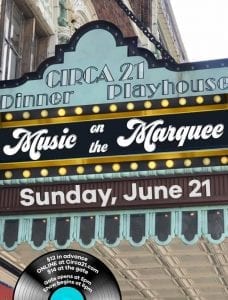 “The public is hungry to see activity in the arts,” Ron May, music director of Circa’s not-yet-produced “Saturday Night Fever,” said Thursday – which also happens to be the 43rd anniversary of his marriage to wife Cindy. Ironically, they wed (at Davenport’s Trinity Cathedral) the same night as the debut of Circa’s inaugural production, “I Do! I Do!”

The beloved dinner theater – which opened in June 1977 in the restored 1921 Fort Armstrong Theatre, 1828 3rd Ave., Rock Island – and its smaller venue next door, The Speakeasy, will seat audiences in the blocked-off street Friday and Saturday, June 19-20, for “Burlesque Under The Stars” and June 21, for “Music on the Marquee.”

Performers from Bottoms Up Quad City Burlesque will do 9 p.m. shows from The Speakeasy stage, which will be simulcast on two 9-foot-by-16-foot screens set up outside. Cast members from “Saturday Night Fever” – which never got to open in mid-March, because of Covid-19 – will do select numbers atop the Circa marquee starting at 6 p.m. the 21st.

Theater owner/producer Denny Hitchcock said it’s been hard not being open for so long, and they wanted to find a creative outlet for performers and audiences.

“We had these two ideas, which I think are great,” he said this week. “Neither one was mine, so I can brag about other people and not something I came up with.”

“We had been looking for things to do, and various options. Most of them weren’t terribly practical. I was hoping to do a live stream of ‘Saturday Night Fever,’ because some of the companies are permitting that, so I checked into it. I thought a live stream was something we videotaped and played and people paid to watch it. It has to be live; we cannot videotape anything for a production of ‘Saturday Night Fever.’” 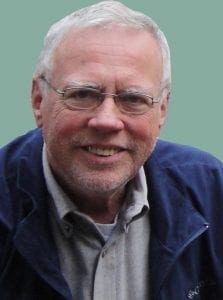 “We’ll be doing music on the marquee, which we’ve never done. We have our marquee that was re-done in 2000. It’s a replication of the original marquee, with these enormous chains holding it up, and we’ll be doing several numbers with cast members from ‘Saturday Night Fever’.”

As opposed to choreographed group numbers, the performers on the 21st will just be doing solo or duets from the show, preceded by some solos by the Bootleggers, Circa’s performing wait staff. Like most shows, prerecorded music will accompany singers, said Brett Hitchcock, director of audience development. There’s no worry about the 12-by-44 marquee roof supporting people’s weight, he noted.

“We know structurally, it’s good. We’ve had four or five people on that thing before, doing things, like when we do our garland every year for Christmas, that weighs a couple hundred pounds. So, we know it can hold a lot of weight, much more than it’s going to be. And the fact that there’s not going to be a band up there either.”

The marquee concept came from frequent Circa performer Tristan Tapscott, who’s in the 20-person “Fever” cast, which was in tech week and two days from opening before they made the call March 16 to cancel.

Because of Covid rules, no mixed tables outside will be reserved; each has to be from members of the same household, with parties of four to six. Tables will be separated by six feet, and everyone is asked to bring a mask to wear. Bar service will be available for all shows (masks must be worn inside The Speakeasy). Circa’s chef will be grilling burgers and pork sandwiches, starting at 5 p.m. June 21, for sale.

May, 20 members of the “Saturday Night Fever” cast and rest of the Circa crew were just two nights from opening to the public, March 16, when they decided to cancel the due to concerns over the global coronavirus pandemic. 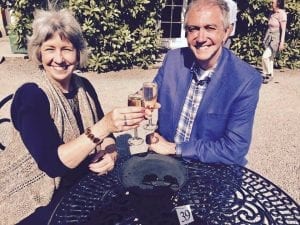 Ron and Cindy May

“It was a wise thing to stop at that point,” May said of the Circa musical, based on the hit 1977 disco film starring John Travolta, with music of The Bee Gees. May has music-directed many of the dinner theater shows over 30-plus years.

“Everything physically was in terrific shape; we were ready to go,” he said. “We were so close to putting it on the boards. The cast was amazing. We had high hopes. We got through Monday of production week when everything hit the fan at the same time.”

The iconic film of “Fever” opened nationwide six months after Circa did, in December 1977, while its monster two-disc soundtrack was released a month earlier. Featuring the hits “Stayin’ Alive,” “Night Fever,” “How Deep Is Your Love,” “More Than a Woman,” and “If I Can’t Have You” (all on side 1 alone), the record is the biggest-selling soundtrack of all time, with 45 million units moved.

The stage production debuted in 1998 in London, and on Broadway, opened in October 1999 and ran for 501 performances. Circa’s version was to be the area premiere.

Thirteen of the cast live out of the area, some from both coasts, and some from high-impact Covid areas decided to stay in the house provided by Circa during this long intermission, Denny Hitchcock said.

The former Rock Island vaudeville and silent movie house originally had 1,566 seats, and after extensive remodeling for Circa, it opened with 334 seats. In 1978, following the opening of Circa ’21, the Fort Armstrong Theatre was listed on the National Register of Historic Places.

In 2001, theater underwent a $225,000 renovation in conjuction with the start of its 25th-anniversary season. The renovations included repainting the entire interior of the theater; renovation of the restrooms; re-carpeting the entire theater; and a new marquee, a replica of the original from 1920.

The women of Bottoms Up are also itching to get back on stage, even though when they perform from The Speakeasy, it’ll be to a virtually empty room (that normally seats 125), said Josh Kahn, troupe host and emcee.

“It definitely will be something different,” he said recently. “A few of us will be inside with the performers and you’ll hear us whoop and hollering. We’re working on running a microphone or monitor inside, so they can hear the audience reaction.” 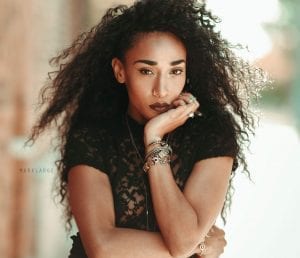 The Friday and Saturday shows will be very different, with the first one (on June 19, known as Juneteenth) a tribute to the “Black Lives Matter” movement again gripping the nation. It’s being led by burlesque vet Mac DeVille, who is African-American.

“It’s a Juneteenth show; it is Mac DeVille fully producing it, and she’s currently booking guest performers of color,” Kahn said. “It’s going to be a glorious night of black magic.”

Since the shows will be live-streamed to outdoor screens, some out-of-town guest performers are being encouraged to send in a video routine that could be shared, he said. Kahn credited Quad-Cities audiences (and burlesque especially) of being very supportive of diversity.

“The Quad-Cities is such an inclusive area, it’s great for people to share a safe space,” he said, noting Bottoms Up hopes to do an annual Juneteenth show.

The holiday honors June 19, 1865, when the 1863 Emancipation Proclamation (which freed slaves) was read to enslaved African-Americans in Texas, the last Confederate state to have the proclamation announced, after the end of the Civil War.

On June 20, Bottoms Up will do a more cabaret-style variety show, with new routines and fan favorites, Kahn said. “We want to show our audience how much we miss performing for them.” 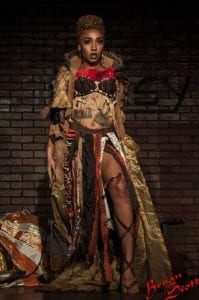 “Since this is such an experimental concept for us, we’re excited to see how it goes, there’s no reason we wouldn’t want to do this again,” he said. “We used to perform at Gumbo Ya Ya, other outdoor shows. It’s such a different energy, and we’d love to getting back to doing more of that.”

Unlike Circa and the Bootleggers, the burlesque troupe hasn’t done online shows since March. Brett Hitchcock presented them with the outdoor screen concept, also with tables seating about 140 total.

“Who doesn’t like drinking outside?” Kahn asked, noting patrons will be able to go inside The Speakeasy to order and use the restroom, but must wear a mask when they do. Tables can be reserved for double dates or groups of friends, he said, and they will be spread out more than six feet apart.

What’s next for Circa?

Like other Illinois-based theaters and businesses, Circa is eagerly awaiting word from Gov. JB Pritzker, who is expected to announce June 26 what the fourth phase of the state reopening plan will look like in detail.

Denny Hitchcock – who didn’t get any news on that front from the governor’s appearance earlier this week in Moline – said Circa won’t do any indoor shows in June, and they hope to have permitted seating at 50 percent starting in mid-July,  with social distancing in place (with maybe a maximum of 150 people).

Since buffets will not be permitted, Circa will re-start with table service at all performances. You will have a choice of two plated dishes, from three meat entrees and one vegetarian. For the first time ever, patrons will be able to purchase appetizers at evening performances.

“We plan to offer hot stuffed mushrooms and iced shrimp cocktail,” Hitchcock said. “When you make your reservation you will be able to notify us of any dietary restrictions you have. We are excited to bring this new food service to our evening performances.”

“We’re really in a holding pattern,” Brett Hitchcock said of plans for reopening.

The phase 4 of “Restore Illinois” calls for indoor gatherings limited to 50 people – but that would hardly allow any audience for “Saturday Night Fever,” he said, since that total includes cast, crew, wait staff and other theater staff.

Currently, gatherings of more than 10 people are prohibited, except for members of a household or residence.

“We’re hoping they go to 50-percent capacity,” Brett Hitchcock said. “People are calling us like crazy.”

Once allowed to re-open, Circa will call all subscribers and “Fever” ticketholders to make new reservations, he said. People who bought tickets were given credit for any Circa show the rest of the season.

The theater will expand “Saturday Night Fever” performances to at least seven per week (from the standard five), and the next show – Disney’s “Beauty and the Beast,” which had been scheduled to open in May – may open in mid-August, Hitchcock said.

Circa also would normally announce its lineup for the following season in June, but that is on hold as well. For more information, visit circa21.com.

Jonathan Turner
Jonathan Turner has been covering the Quad-Cities arts scene for 25 years, first as a reporter with the Dispatch and Rock Island Argus, and then as a reporter with the Quad City Times. Jonathan is also an accomplished actor and musician who has been seen frequently on local theater stages, including the Bucktown Revue and Black Box Theatre.
See More Articles From Jonathan Turner
Tagged: Bottoms Up BurlesqueBrett HitchcockCirca '21Circa 21 Dinner PlayhouseDenny Hitchcocklocal performance venueslocal theaterMac DeVillerestore illinoisSaturday Night FeverSpeakeasy