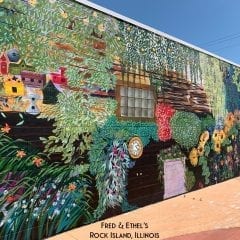 Everybody loves a good Instagram wall — a great spot to use as a backdrop for your selfies and pictures — and there are some right here in the Quad-Cities. Here are six top spots to make your Instagram pop. Rust Belt – East Moline, Illinois – This spot provides an industrial and bright look with its rock star brick and sheet metal window treatment. Faithful Pilot – LeClaire, Iowa – This multicolored wall screams for a ’70s/’80s retro shoot. The muted colors are choice. Fred & Ethel’s – Rock Island, Illinois – This pocket park’s... Read More 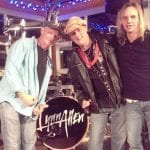 As the weather gets warmer, the sounds of live music begin wafting through the humid air in all the Quad-Cities’ downtowns, and Moline is one of the first to open its stages to tunes. The River House Music Under the Stars series is already under way with Soul Storm hitting the stage on May 27 at 7 p.m. Other upcoming acts include longtime local faves Lynn Allen on July 11. Moline Centre’s Thursday Night Summer Concert Series kicks off their season with The Tailfins, presented by General Pattern Corporation, on June 2 from 7 to 9 p.m. on The Plaza at Bass Street Landing.  Check out the... Read More