Will It Be Barca, Man U Or A Surprise For Griezmann? 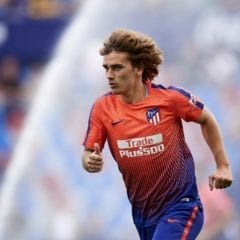 Will it be a Victory Royale for Barcelona or Manchester United in getting brilliant attacker, French World Cup winner and Fortnite fan Antoine Griezman? Or will another surprise team like Real Madrid end up dancing the L to Barca and Man U? Ever since Griezmann announced last month on his Twitter that he would be leaving Atletico Madrid after five years playing in the Wanda, there’s been rampant speculation on where the perennial contender for the Ballon D’Or would end up next season. The early money was on Barcelona, which had been courting the Frenchman last summer, and first reports jumping... Read More