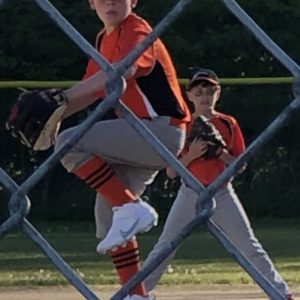 The Bettendorf-Pleasant Valley Youth Baseball registration website is now open for the 2022 spring/summer season. To sign up, visit: https://active.leagueone.com/Olr/Pages/Welcome.aspx?ClubId=14196 More information is attached, available below or at BPVBaseball.com (https://bpv.teampages.com). Exact dates will be released soon for tryouts and evaluations, but those season-starting sessions typically are the final week of March after Spring Breaks. The general calendar always sets the first week of April to have teams set in all divisions so practices can start 3-4 weeks prior to games starting... Read More 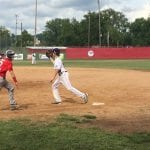 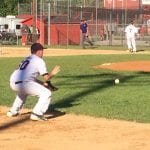 Davenport and Meridian entered the nightcap session of day 3 at the Babe Ruth 13-year-old World Series both searching for their first win. Both teams committed costly errors, but Meridian would earn the win 5-4 on a walk off single by Layton Jenkins. In the 3rd inning, Davenport was the beneficiary of two errors as they scored two runs off a botched double play attempt. 2 batters later an infield single by Cody Depardo made it 3-0 Davenport. Meridian would tack on a run after a liner by Travis Boswell found its way off the outstretched glove of Depardo to score Brock Butler from third. Davenport... Read More 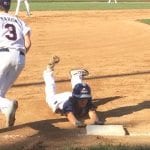 In one of the night cap games for day two of the thirteen year old Ottumwa Babe Ruth World Series, Pearl City(HI) took on Davenport(IA). Pearl City jumped out early and cruised to a five inning 11-0 win over Davenport. Things were all Pearl City’s way in the first. Jayton Pang started with a double, Kelena Sauer then singled. But it was a wild pitch that brought in the first run. Next up Michael Yamaguchi singled followed by Bryden “Maka” Malama with a sacrifice fly to score Sauer. Jaron Yoshikane got in on the scoring next with a RBI single bringing in Yamaguchi, Pearl City went up 3-0. Two... Read More 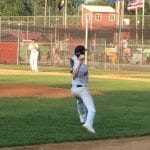 If you like offense, the nightcap game featuring Sarasota and Davenport was the game for you. Both teams traded blows down the stretch until a 5 run 5th inning by Sarasota put the contest out of reach. Sarasota would get the ball rolling in the first inning scoring two runs off RBI singles by Luke Holman and Chase Palmer. On the mound, Hunter Bell of Sarasota was wild at the start, but still managed to keep Davenport off the board until the 3rd inning when Davenport got on the board due to a fielder’s choice. Sarasota would add to their lead off of a Gabe Copeland RBI double down the line that... Read More 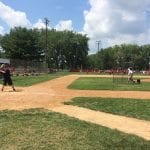 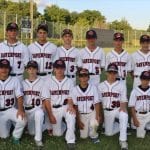 The Davenport 13-year-old little league team is headed to the big show. The all-star team composed of players from the Davenport, Bettendorf and surrounding Iowa areas will be playing in the Babe Ruth World Series next month. The team reports Aug. 9 and will begin games Aug. 11 in Ottumwa, Iowa, against a dozen teams from around the world in the double-elimination round-robin tournament. The team is composed of Manager Jason Gillaspie, Coach Larry Cato, Coach Tony Losasso and players Cody Depardo, Sam Wellman, Jacob Struss, Luke Loving, Lucas Gross, Andrew Hutchcroft, Cade Amato, Nate Canfield,... Read More