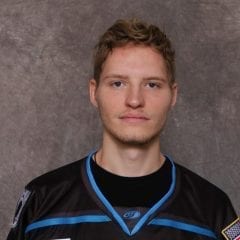 The Quad City Storm has reacquired forward Tim Perks. Perks was a member of the Storm’s training camp roster and released before the regular season roster was finalized.  He is a first-year pro and graduated from Northland College last year where he played for four years. The Storm are back in action tomorrow night versus Peoria for the second battle in the Cold War on 74.  Fans can still get tickets for the game at http://www.quadcitystorm.com./.  Read More