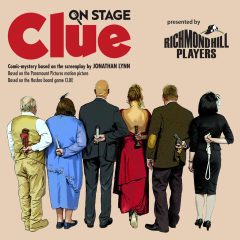 From the film favorite and board game, “Clue: On Stage” opens at Richmond Hill Players this Thursday and runs weekends thru October 17. For reservations phone 309-944-2244 or go online at rhplayers.com.  Read More 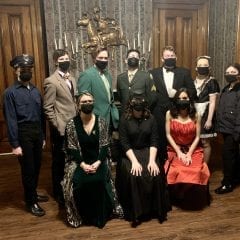 Get A ‘Clue’ And Head To Black Box 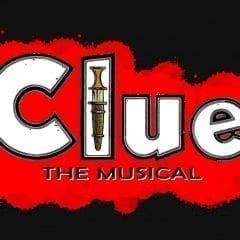 The audience is in on the action. Did Miss Scarlet do it in the kitchen with a wrench? The audience decides in The Black Box Theatre’s newest offering – “Clue: The Musical.” Based on the board game, the action follows six characters who may or may not be the murderer of host Mr. Boddy. The audience receives forms to help them deduce the solution from clues given throughout the fun-filled evening. Three audience members choose from cards representing the potential murderers, weapons and rooms; there are 216 possible solutions! Only one hard-nosed detective is qualified to unravel the merry... Read More