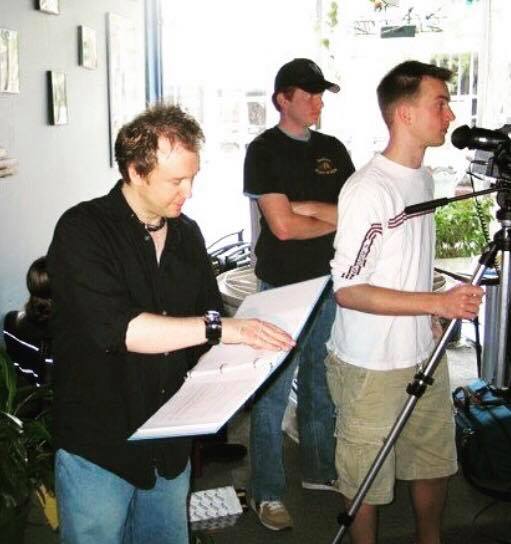 In July 2003, I saw the future of cinema in the work of two teens from Bettendorf.

That was when I was asked by Max Collins to be a judge of the Iowa Film Awards. At the time, I was writing for three area newspapers, I was an entertainment correspondent for seven area radio stations and I was on two local TV stations – including KWQC’s “Paula Sands Live,” for which I was one of two film critics with my good friend Linda Cook.

That’s why Max asked me to start judging the awards a year or two before, and I saw a number of pretty good local films, but it wasn’t until that summer of 2003 that I encountered talents that truly wowed me. That was when I saw two films at the awards – “Prism” and “Remembering November,” and was impressed enough to write the following sentences on my blog at the time, “What The #@$%%& is Sean Leary Thinking???”:

“The next Steven Spielberg or George Lucas could be shopping — or even bagging your groceries — at Hy-Vee right now.

“After all, the creators behind the local film company Bluebox Limited are just area high school and college students at this point. However, they’re destined for great things in the world of cinema. Based on their talent level at such young ages, I have the utmost confidence that these guys are going places — and sooner rather than later.

”And someday when they’re accepting their Oscars, you can say you knew them when …”

Little did I know how prescient I would be.

Within a few months, I was actually working with the boys, Scott Beck and Bryan Woods, on a multimedia show I had written, “Your Favorite Band,” and over the next three years, I would work with them on about a dozen short films. Throughout that time, I was always impressed by their talent and creativity, and there was never a time I doubted that, if they finally had the opportunity granted them by that fickle mistress of fate, they would make good on it and deliver a major studio film success – and receive the kudos they deserved.

The first two films of theirs I saw, “Prism” and “Remembering November,” were absolutely amazing, especially when you considered these films were being made by kids in or just out of high school. They both looked terrific — the technical aspects of them were incredibly slick for “amateur” filmmakers. The acting and direction also were surprisingly mature.

However, there were two things that really stood out even beyond those obvious surface advantages: the intelligence and imagination of the scripts and the earnest effort and ambition of the filmmakers. 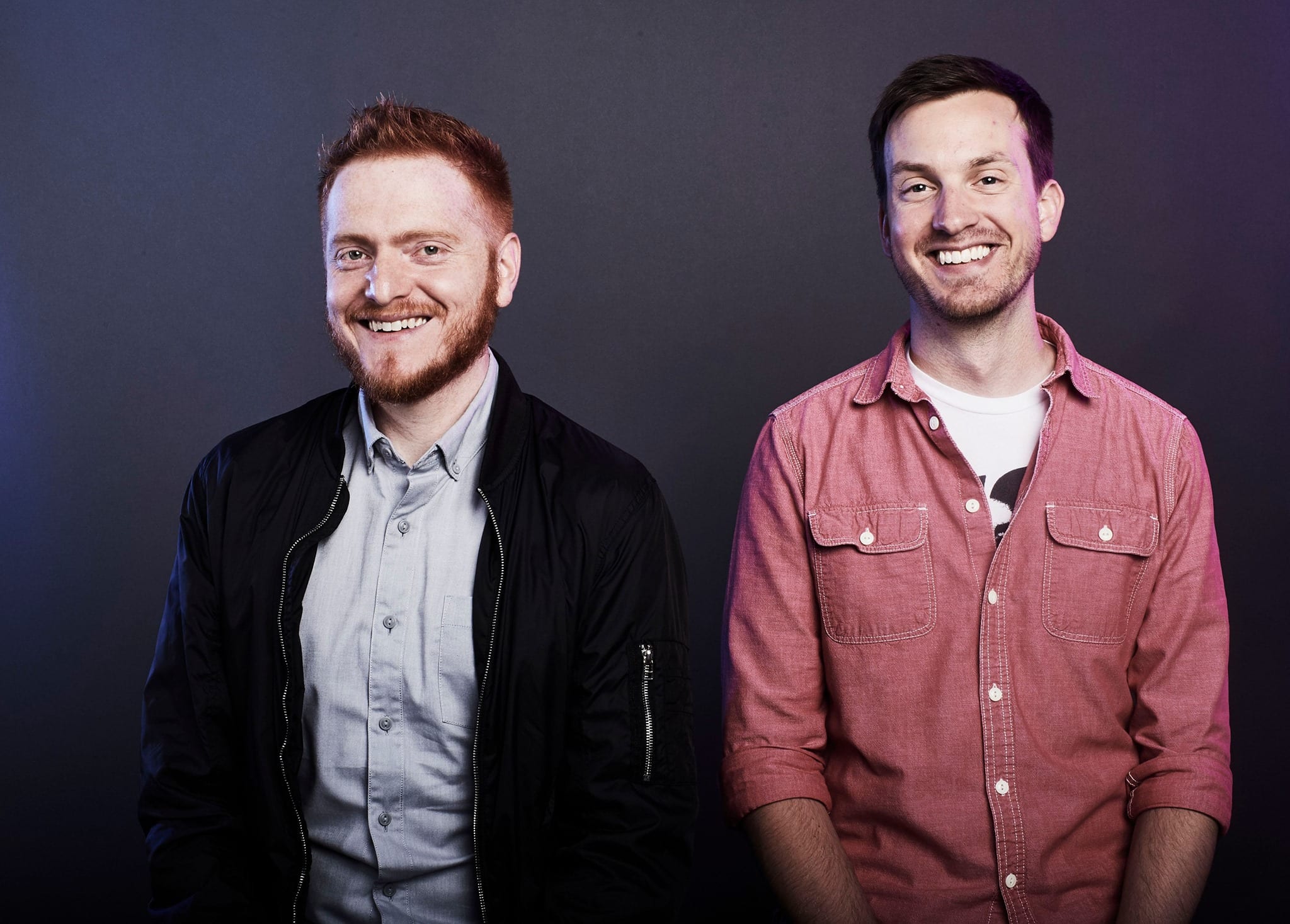 Part of my job was to review films and as such, every year I saw dozens of new movies — from low-budget indies to mammoth Hollywood blockbusters. Many of them were depressingly formulaic and devoid of entertainment value. For all the millions that were thrown up on screen to make everything look sharp, it’s sad that so little effort was put into the most important aspect of any film — the story.

“Prism” and “November” were well represented in that respect. There was a sincere and genuine effort on the part of screenwriters Woods (“Prism”) and Beck (“November”) to present interesting ideas within a compelling and well-written plotline, and they succeeded in doing so.

One of those films, “Prism” is in the vein of the classic film “Memento,” and it starred Justin Marxen as a lonely man trying to solve the mystery surrounding his wife’s murder. As he begins piecing together clues, he stumbles across a deeper and more disturbing truth than he imagined. It showed an incredible ambition and reach, as well as a keen skill set and great imagination.

The same could be said for the duo’s subsequent work. They continued to put together features big and small involving area talent, and in 2004 they reached the top 50 of the “Project Greenlight” competition on HBO and the semi-finals of the MTV Best Film on Campus Competition.

In December 2005, the Bettendorf duo grabbed first prize in the MTV-U Best Film on Campus contest, winning a development deal with MTV Films and a 42-inch plasma high-definition TV, which, naturally, they sold to pay for making more films.

The following year, they debuted the award-winning “The Bride Wore Blood” on the IMAX screen that they’ll revisit this weekend at the Putnam Museum with their latest film, their first directorial and screenwriting effort for a major studio, “Haunt.”

However, it was the decade after “Bride” that was perhaps the most interesting for the two, and which is a primer on the vagaries of fame and success. 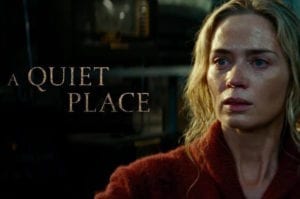 Between the MTV win and their ultimate breakout in Hollywood with last year’s “A Quiet Place” was a decade of starts and stops, of promises and disappointments, as deals were flashed and disappeared, and exciting leads turned to dead ends.

But that’s how show business goes.

That’s why so many people give up. If it’s about instant fame or attention, if it’s all about the spotlight, people tend to get weary of the work and go somewhere else to find that endorphin rush.

Not Beck and Woods.

In a 2004 article I wrote on them after they won the MTV competition, Beck said, “Whatever happens, both Bryan and I are going to continue making films — that’s unquestioned. It’s something we both have a love and passion for, and there isn’t any other profession in the world that we would have the same drive and ambition for.”

The duo would return to town from time to time, and every time they’d have a project going on, they’d give me a call or drop me a line in e-mail and we’d chat about it. The films were always interesting, were always a little off-center and intriguing, and as from the beginning, there was really no questioning their talent. As I said to them on more than one occasion, it was really just a matter of luck at that point, of them striking a spark with something.

They never gave up, they kept on moving forward, celebrating incremental victories and working on their craft. Why? Because, as they had earlier said, and continued to say, making films was all they wanted to do. That’s what it was about – that artistry – not about the fame or the attention, but about the work.

And it was the work that brought them the attention they had long deserved.

Almost two decades after they got started as kids, and about 15 years after they won those first Iowa Film Awards I was judging, they “suddenly” became “overnight successes” with a little film called “A Quiet Place,” which they wrote together as a passion project paying homage to beloved influences from Stephen King to M. Night Shyamalan.

Little did they know that within two years their idea would be an Oscar-nominated film, and those influences would both be calling it brilliant. Shyamalan would tweet out praise for the duo, as would King, and now, appropriately enough, Beck and Woods are adapting one of King’s most famous short stories, “The Boogeyman,” for the screen. It’s one of a handful of impressive projects the duo have on their slate after the massive success of “A Quiet Place.” 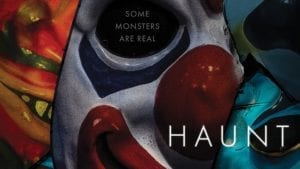 One of those projects, their first directorial effort for a major studio, “Haunt,” opens worldwide this weekend. They likewise wrote the film, produced by Eli Roth, and, in a very cool turn, one of its stars is that same actor who starred in “Prism” for them 16 years ago – the Quad-Cities’ own Justin Marxen.

It’s always terrific to see good people succeed, to see your friends do well, but it’s especially fantastic to see people who have worked hard and stayed the course of their passions to finally see the rewards of their dreams and the paths upon which they’ve followed them.
From the time they were little kids, growing up in Bettendorf, Scott Beck and Bryan Woods wanted to make movies. Since their teens, they have been, with the same enthusiasm, joy, imagination and passion.

All that’s changed is the number of people paying attention.

And, justifiably so, since their work is definitely worth the recognition.

But it was just as deserving when the only people looking at it were friends and family, and a few lone judges in a dusty Muscatine Community College room judging for some film awards. And the same passion driving them then remains unchanged.

You can find out for yourself this weekend, by seeing “Haunt” in theaters and at a special screening Saturday night at the Putnam Museum, in the same spot they showed “The Bride Wore Blood” and other earlier films over the past decade and more. 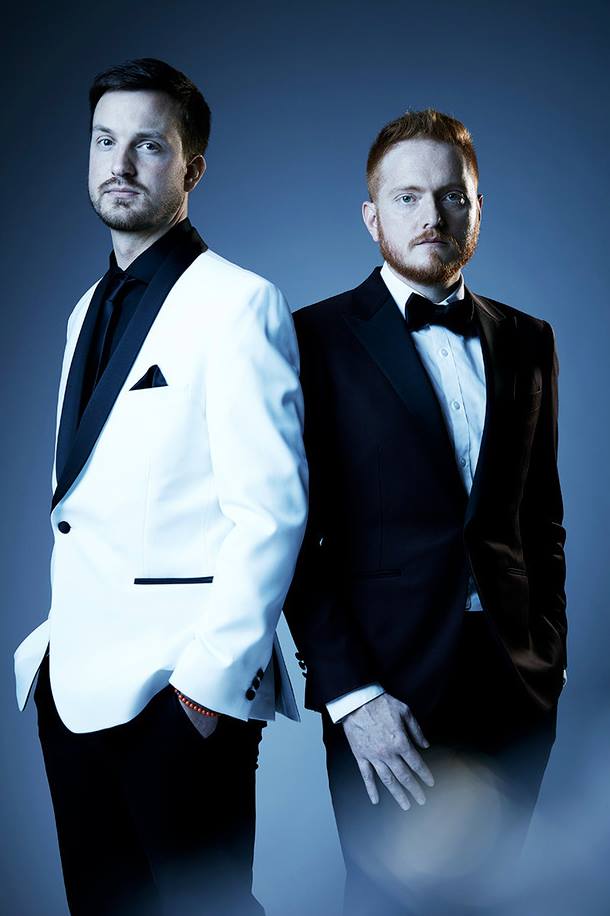 What you’ll see is a pair of artists who are doing what they love, pursuing the creation of new worlds that excite them, and would be doing it regardless of any fame.

Because that’s what they’ve been doing all their lives.

“Just to know that we are doing something good is reward enough,” Woods told me in 2004 after they advanced to the semi-finals in the MTV competition. “Just making good films, making the films we want to make and see is really the most rewarding thing for us.”

That hasn’t changed. Neither have they.

As always, as in the beginning when I first saw your work, I’m looking forward to seeing what you do next, and I have no doubt it’ll be worth the wait.