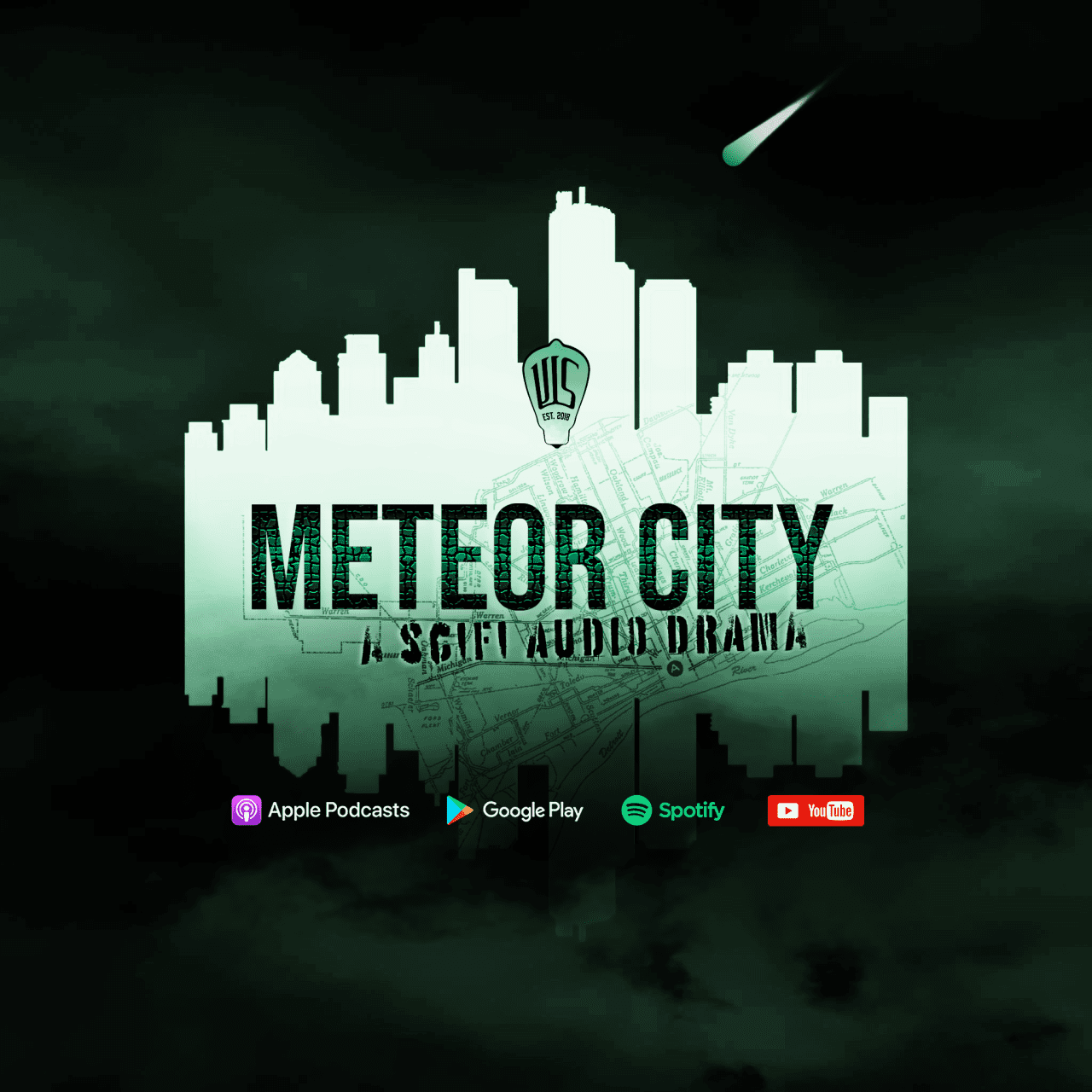 Meteor City is an alternate history sci-fi audio drama. In 2008, a freak meteor shower hit Detroit, killing hundreds and displacing thousands. Bianca Diaz, a vlogger returns to Detroit, nearly a decade after fleeing with her mother, after the death of her brother and father. Wanting a change of pace, Bianca decided to come back home for the 10 year anniversary, to tell the stories of the dead, the missing, and the remaining citizens of Meteor City.

Shortly after returning, Bianca realizes that Meteor City, New Detroit, and the people left behind are not what they appear to be. One frustrating question after another leads Bianca to the truth.

Following the Season 1 cliffhanger...Bianca Diaz has nothing but questions. With Meteor City growing more and more dangerous by the day and uncertainty in the air...Bianca is forced to face her...

Season 1 Finale  Please be advised:  Trigger Warnings: Sounds of physical and emotional distress. Sounds of vomiting and physical pain.  An anxious Bianca seeks help to find the whereabouts of a...

After recent events, Bianca’s not sure who to trust or where to turn. She’s contacted again by a hotline caller and agrees to meet him.    Meteor City is a Wrightwood Studios production.   ...

Bianca is still reeling from meeting with Krystal and seeing a video she can’t explain. She looks for a distraction and for answers. Not sure where to go, she confides in Wes.   Featured in this...

Content Warning: This episode contains sounds of physical and emotional distress.  A shaken Bianca is able to fill in some blanks, like what happened shortly after the meteor hit. But in Meteor...

Bianca meets Krystal at the diner and she fills in some blanks and then some. Bianca takes a leap of faith and sees a whole new side of Meteor City… only to be left with more questions.   In this...

Krystal, regretting her decision to get Deon involved, confides in Antoine. Unwilling to give up the fight for the life she deserves, Krystal is willing to risk it all.   Madelyn Dorta as Krystal...

Bianca finds herself shaken once again by the events happening in Meteor City. Something seems to be keeping her from getting too close but she’s determined to find out why.    To see a full cast...