Home › Columns › Sean Leary › Something To Consider Before The Next ‘Walking Dead’: Can Zombies Swim?

Something To Consider Before The Next ‘Walking Dead’: Can Zombies Swim?

The following column is excerpted from Sean Leary’s upcoming humor book, Do Vampires Poop? And Other Incredibly Important Questions, available in bookstores worldwide in August.

Whenever I watch a zombie movie, I always imagine different ways that I could escape zombies if I ever found myself in that situation.

I’m sure you can all relate.

Now, to be clear, I’m talking about your standard issue, usual zombies that you see in TV and movies, the kind that move very slowly, shambling along, whose bodies are in a constant state of disrepair, and who seem very easily outrun, although of course their advantage is that, like the turtle vs. your hare, they don’t get tired and, slow or not, they just keep moving. Plus, you have to sleep and they don’t, so you’d better get a really big head start on them so that they don’t catch up to you while you’re taking a nap.

But, again, I’m thinking ahead of things that I might need someday if there’s a zombie virus.

Up to this point, I’ve also thought about climbing trees, sealing myself into bunkers and reinforced buildings, having an array of barbed wire fences and flamethrowers surrounding a building, and, one of my favorites, living on an island.

Because, as far as I can tell, zombies can’t swim.

My initial thought is that they can’t swim. After all, they’re dead bodies, and dead bodies tend to not do so well in water. They get all bloated and explode very quickly out in the sun, floating along, so the zombies couldn’t last long enough to get from the mainland out to an island.

Swimming takes much more rapid movements than zombies seem to offer. So you would think they would sink rather quickly.

And then what, do they get eaten by fish? Do the fish then become zombies? Does the ocean get infected by the zombie virus and does everything in the ocean become zombified?

Or since they can’t die, do they just float along, or sink to the bottom and then walk along the sea floor because they don’t need to breathe and they can then technically walk all the way to the island to find you? But could they make it, or would the saltwater dissolve them eventually or would their flesh be slowly eaten away by sea creatures, and, again, would that turn them into zombies?

But regardless, I kind of like my island idea.

After all, if you’re going to eventually die anyway, you might as well enjoy yourself on a tropical paradise until the time comes.

Plus, I love coconut. 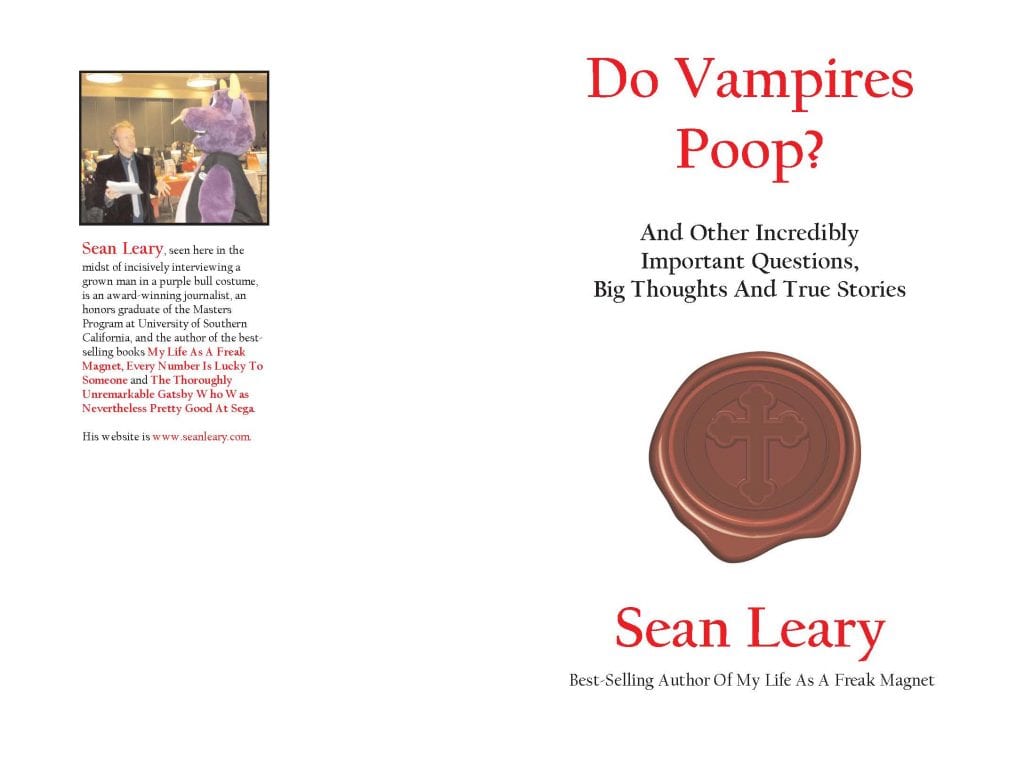 Sean Leary
Sean Leary is an author, director, artist, musician, producer and entrepreneur who has been writing professionally since debuting at age 11 in the pages of the Comics Buyers Guide. An honors graduate of the University of Southern California masters program, he has written over 50 books including the best-sellers The Arimathean, Every Number is Lucky to Someone and We Are All Characters.
See More Articles From Sean Leary
Tagged: AMCDo Vampires Poop?The Walking DeadTwilightzombie apocalypsezombie viruszombies