Home › Columns › Sean Leary › From Sad Clown Paintings To Nudist Club Night: The Events That Don’t Get Into Our Calendar

From Sad Clown Paintings To Nudist Club Night: The Events That Don’t Get Into Our Calendar

Sean Leary July 19th, 2018 Sean Leary Share:
Every week, we provide you with a huge calendar of activities that will take place in the Quad-Cities area over the coming week. Because we love you. And because it’s our job … to love you. (The preceding sentence was written in tribute to the late Luther Vandross.)
However, some calendar items we receive don’t make the list. Some are out of the geographic area. Some aren’t really entertainment. And some … well, some just don’t seem to fit in, if you know what I mean.
For those of you who don’t know what I mean, I thought I’d provide a few examples. Following are 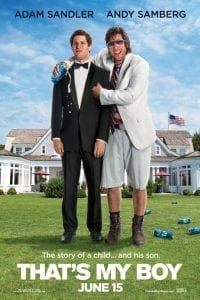 listings for a few events that floated into our office that didn’t fit our criteria for various reasons:
Kegger at Jason Swanketti’s house: The press release/handwritten flier said, “There’ll be a couple kegs there, and he’s gonna swipe some booze from his parents’ liquor cabinet. The band Merciful Destruction will play (bein’ that Jason’s buddy Jeremy is the lead guitarist), and there’ll also be some savory hotties there. Cover is $5. Park a block down the street so we don’t go gettin’ busted by the cops like last time.”
An exhibit of sad-clown paintings: The show apparently will be joined by an exhibit of children-with-big-eyes paintings, paint-by-number horse-head paintings, a half-used Rainbow Brite sparkle bag set, a clothing sale, a used appliance swap, a chili jamboree and a lemonade stand. Follow the signs that say “Garage Sale” once you get to 22nd Street in 91.
Vandalism Festival: Little Willy McCoy invites fellow sixth-graders to join him in egging and TP-ing that lame-o teacher Mrs. Cratchet’s house from 10 to 10:30 p.m. Friday, or until she bursts from her door with a shotgun again. No reservations needed. Some toilet paper and eggs will be provided, but bring your own if you show up late.
Tina’s Self-Pity Night: On Saturday, Tina is going to hold a gut-wrenching evening of self-pity. It’ll begin just after she burns her microwaved Lean Cuisine lasagna. She’ll move on to a substitute supper of Chunky Monkey ice cream, which will be followed by self-loathing for consuming so many calories, dwelling on past failures, an excruciating hour-long conversation with her mother, and finally, depressing late-night calls to friends’ answering machines.
Burnout Appreciation Night: On Saturday, the abandoned parking lot on 11th Street will be home to a Burnout Appreciation Night. Patrons clad in ICP T-shirts will be admitted for free. A tasty buzz will be had by all. Children under nine with tail haircuts will get a free cigarette.
Nudist Club: The Quad-Cities Exhibitionist, Nymphomaniac Nudist Club will hold its annual meeting. Attendees must be both exhibitionists AND nymphomaniacs. Paris Hilton’s ex-boyfriend, Fred Durst and Tommy Lee will be on hand to videotape the evening for posterity and Web site access.
Video screening: The Brookings family will be showing a video of their vacation visit to Peter’s parents in Minnesota, as well as their side trip to check out the largest ball of twine in the northern United States, from 5 to 10 p.m., or until Mrs. Brookings gets a headache, and the kids realize they have must-do physics homework.
Two guys watching TV: On Saturday night, Bob and Rick will be watching some tube and might order a pizza. “We’re hoping an Adam Sandler movie will be on, or something good on Skinimax,” Rick says. Bring your own beverages, and be ready to throw in if a Harris run becomes a reality.

Sean Leary
Sean Leary is an author, director, artist, musician, producer and entrepreneur who has been writing professionally since debuting at age 11 in the pages of the Comics Buyers Guide. An honors graduate of the University of Southern California masters program, he has written over 50 books including the best-sellers The Arimathean, Every Number is Lucky to Someone and We Are All Characters.
See More Articles From Sean Leary
Advertisement
Tagged: Fred DurstLuther Vandrossnudist nightParis HiltonRainbow Britesad clown paintingsSean LearyTommy Lee