Farewell, Ellis Kell, You Were True Blue To The End 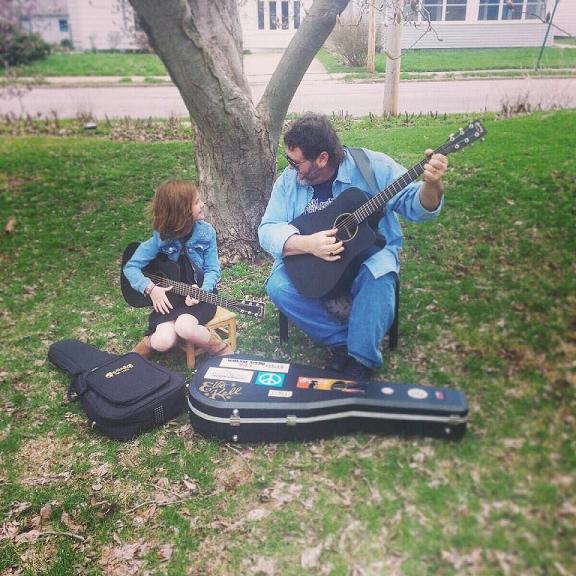 It sounds unrealistic and perhaps a bit cliché, but there are some people you can never imagine dying, because they’re so full of life.

Ellis Kell was one of those people.

The local music legend passed away from cancer early the morning of Dec. 16. It had been known for a while that Ellis was battling the disease, but I, like everyone else, thought that surely a man this strong, this full of life, this force of nature, was going to beat it.

And so, he joins his beloved daughter, Karli Rose, once more, in another life, beyond this one.

To be honest, the entire thing has felt surreal. I’m not even sure what to say about Ellis passing away. It’s just so incredibly sad. It’s like when Bob Murdoch passed just a few months back. You just can’t grasp it because they were so full of life. You thought they were going to live forever.

And they will, in our minds and hearts.

Ellis was a good friend for over two decades, a champion of the local music scene, a longtime collaborator on various projects to benefit the arts, a great human being and, most importantly, a wonderful father, husband, and family man. He was a devoted husband to his wife, Kristi, and a loving father to his daughter, Ali, and his late daughter, Karli Rose.

And as anyone who met him will tell you, he was just a great guy.

I first met Ellis when we both worked together at the Dispatch and Rock Island Argus. I was right out of college, hired on as entertainment editor, and Ellis, in addition to working in advertising and promotions, was one of the titans of the local music scene. He could’ve, like more than a few veterans of the area scene, looked down his nose at me, this punk kid from Chicago with the funny haircut and the weird clothes. But he didn’t. He never did. To anyone. Ellis was just Ellis. He was warm, welcoming, laid back, friendly, easy to get along with, and always good at heart. 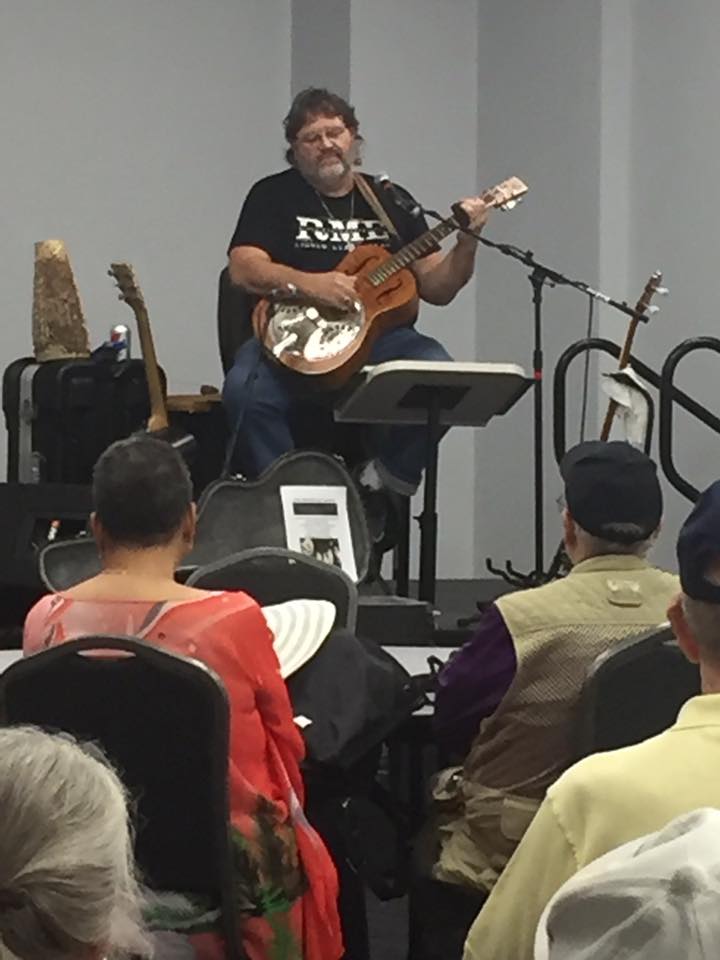 Over the years, we worked together on a number of projects to help grow the local scene. We put together Cityline Tunes, which allowed people to listen to tracks from local musicians over their phone and online. We helped construct Get A Life Online, the first local entertainment website in the Quad-Cities, and Q-C Jukebox, the first website to feature music from only Quad-Cities artists. We both wrote and reported on local bands and worked together through a number of media to help promote the arts and entertainment scene. For a long time he wrote a column for me, True Blue, which was dedicated to the music he loved so much – the blues.

True Blue was more than just a column name for Ellis though, it was a description of who he was. It was no surprise Ellis was so drawn to a music that was so filled with emotion, passion and heart, because that’s the kind of guy he was – passionate about his music and the people who meant so much to him and always possessed of a huge heart for all.

After he left the newspaper and went on to work at the River Music Experience and beyond, he never lost that. He worked a lot with kids, teaching them about the blues and about music in general. He played around the area, entertaining thousands with the Ellis Kell Band. And as always, he was a rock, a constant, for the local music scene, his friends and family.

So much so that when I was writing my play/film, “Your Favorite Band,” and I was writing a character who was a veteran musician who had “gotten it right in life,” who had learned to balance his family, muse and career, I based the character largely on Ellis. Because that WAS Ellis. He was the one that got it right.

Ellis and the late Johnny O’Meara inspired two of the characters in “Your Favorite Band,” and both played roles in the production. They were both terrific to work with, and it was a lot of fun having both be a part of that creation. I’m sure somewhere there’s a heck of a reunion jam session going on between the two of them.

But here there’s just a sense of profound loss. Of a person that made this world better for him being a part of it.

Like Ellis, his family are great people, and my prayers and best wishes go out to them. There’s a GoFundMe account to help out Ellis’ family that you can visit here to help.  And of course, he lives on in his music. You can check out one of his best songs, perhaps his best song, his dedication to his father, Irish Digger, here. 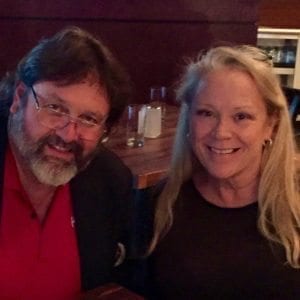 This is an awkward moment. It’s almost like I don’t want this column to end, because it’s almost as if when it does, when we say goodbye, that will make this more real. That we’ll really have to recognize that this person is gone. And with some people, that really, truly just doesn’t seem right, just doesn’t seem real.

It sounds unrealistic and perhaps a bit cliché, but there are some people you can never imagine passing away, because they’re so full of life.

Although perhaps that’s more wishful thinking, because you don’t want to imagine the world without them.

My sincerest condolences to Ellis’ family and loved ones. He was a friend to many, a gentleman to all. He will be remembered, fondly.

Farewell, my friend. You were true blue to the end.

Sean Leary
Sean Leary is an author, director, artist, musician, producer and entrepreneur who has been writing professionally since debuting at age 11 in the pages of the Comics Buyers Guide. An honors graduate of the University of Southern California masters program, he has written over 50 books including the best-sellers The Arimathean, Every Number is Lucky to Someone and We Are All Characters.
See More Articles From Sean Leary
Tagged: Dispatch and Rock Island ArgusEllis KellEllis Kell BandGet A Life OnlineIrish DiggerKarli Rose KellMoondanceQ-C JukeboxqconlineRiver Music ExperienceTrue Blue