Home » Columns » Ryan Franks » Was Now The Right Time For ‘The Punisher’ To Hit TV?

Was Now The Right Time For ‘The Punisher’ To Hit TV? 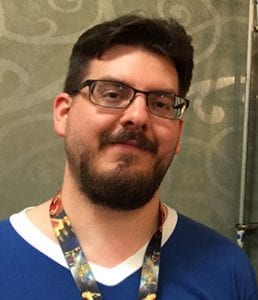 Last month I read an article up on io9 titled “There’s Never Going to Be a ‘Right Time’ for The Punisher TV Series” (https://io9.gizmodo.com/theres-never-going-to-be-a-right-time-for-the-punisher-1819326835) and I wanted to address some issues I had.

The core idea of the article I agree with; which is that given the level of gun violence in the United States there isn’t a week that goes by that would make a good week to release their show about a lone wolf mass shooter. Even if we only talk about real life mass shootings, between the Las Vegas shooting that closed the Punisher panel at New York Comic-Con and the Paris Comic-Con, which according to one YouTube (https://www.youtube.com/watch?v=vOzG1jHCwvQ) rumor site I frequent they would have released the whole series that weekend, and the eventual release date of November 17, we had the mass shooting in Texas. My complaints about the article are two fold.

Point one: Frank Castle is a fictional character first and foremost. Most people aren’t going to watch this series, get a gun and start shooting criminals. The character has existed since 1974 and even before that most people didn’t start taking the law into their own hands. The same goes for a movie like Death Wish and that movie would have gotten more widespread exposure. No, if someone is going to harm someone else they are going to do it, the method they hurt that person could be inspired from all sorts of places, but to actually want to harm someone is all them. While doing additional research for this article I came across this (https://splinternews.com/how-do-you-justify-a-gun-toting-hero-like-the-punisher-1793855957), where they state the the Virginia Tech shooter from 2007 was a fan of the Punisher, but Seung-Hui Cho was also a known threat; just not one anyone did anything about until it was too late.

And point two: I find it insulting they were trying to psycho-analyze a character from a show almost no one has seen yet. This despite the fact the Jon Bernthal, the actor playing this interpretation of the Punisher, has said they they aren’t trying to glorify Frank’s actions in this show, that it’s written to try and make the audience question Frank’s actions and to spark a dialog about gun control. From the early reviews I’ve seen PTSD is another core topic the show is going to tackle.

From his first appearance in Amazing Spider-Man #129 Frank Castle was depicted as a man on a mission. Co-creator Gerry Conway wrote a tragic backstory for Frank that turned a normal family man into a driven anti-hero. One who often comes in conflict with heroes of a different moral fiber to show why that hero won’t go to the Punisher’s level. And when the Punisher finally got his own series in 1986 we were shown that sometimes the people Castle has to deal with are worse then he is. This was never more true the when Garth Ennis took over the book in 2000, where Ennis took his knowledge of military history and gallows humor to make Castle popular again. Then in 2004 Marvel introduced a new Punisher series often referred to as Punisher MAX, a new line of comics with no restrictions. Where Ennis’ talent for writing truly despicable criminals and even more inventive ways for Frank to dispatch them culminated in what is still considered the best Punisher comics ever. To highlight a single story line, a very popular one among the comic community and my personal favorite: The Slavers. I defy anyone to read that and not think that the villains didn’t deserve everything they get.

Because at the end of the day The Punisher scratches the same itch every superhero does: a power fantasy of trying to right a wrong in the world.

Ryan Franks
Ryan Franks has been into comics for as long as he can remember. He first started collecting back in 1993.It didn't become an obsession until 2009, but still remains one...
See More Articles From Ryan Franks
Tagged: comic booksNetflixNew York Comic ConParis Comic ConRyan FranksThe Punisher