Was Now The Right Time For ‘The Punisher’ To Hit TV? 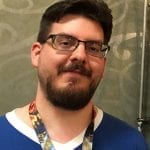 Last month I read an article up on io9 titled “There’s Never Going to Be a ‘Right Time’ for The Punisher TV Series” (https://io9.gizmodo.com/theres-never-going-to-be-a-right-time-for-the-punisher-1819326835) and I wanted to address some issues I had. The core idea of the article I agree with; which is that given the level of gun violence in the United States there isn’t a week that goes by that would make a good week to release their show about a lone wolf mass shooter. Even if we only talk about real life mass shootings, between the Las Vegas shooting that closed the... Read More