The Project of the Quad Cities Hosts Its First Pride Fest, June 4-5 in Moline

In honor of June being Lesbian, Gay, Bisexual, Transgender and Queer (LGBTQ) Pride Month, The Project of the Quad Cities is for the first time holding a free Pride at Bass Street Landing on June 4-5. 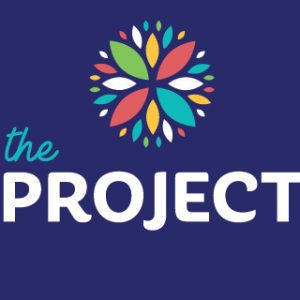 Presented with sponsors ReCept Pharmacy (The Project on-site pharmacy at 1701 River Drive, Moline) and Arconic, the nearby event (on the plaza off 17th and River Drive) will be 6 to 11 p.m. Friday, June 4, and 9:30 a.m. to 11 p.m. Saturday, June 5, including food, live music, drag performances and education. Drinks on both nights will be provided by Galena Brewing Company.

The Project outreach team will be at the festival providing free HIV/STD testing inside the clinic, said Tyler Mitchell, the organization’s marketing and communications director. Any event proceeds raised will support The Project’s LGBTQ+ clinic and its patients.

Since 1986, The Project has served people living with HIV/AIDS “with remarkable care and radical acceptance,” according to tpqc.org. “We take a holistic approach to health care by 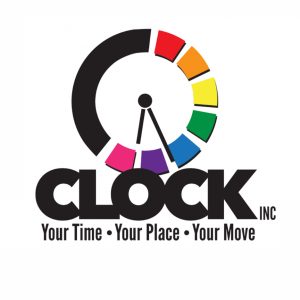 A previously planned Pride festival was canceled this year, so The Project felt it was important to host something, Mitchell said this week.

“We started to work on what we could do for the community and that’s how we came up with doing something at Bass Street Landing,” he said. “Just because it’s a prime, easy location for us. But then also it offers a great space for folks to be able to come in and have a good time and also access services, which is always really important.”

The Project will have its clinic open, to provide free HIV testing services both Friday and Saturday. They offer the medication PrEP, which is a way to prevent HIV, Mitchell said. PrEP stands for “pre-exposure prophylaxis” — You take it to prevent infection before a possible HIV exposure. With PrEP, people who are HIV-negative take a pill to reduce the risk of infection if they’re exposed to HIV. 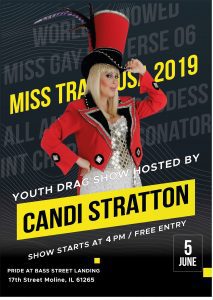 Candi Stratton of Moline is a world-renowned Cher impersonator.

He said there is still a stigma attached to getting an HIV test, which The Project works to dispel.

“I mean that’s always been the case, you kand it’s something that our organization is working to counteract every single day, that stigma that’s attached to HIV and STDs,” Mitchell said. “I think you know that there are more people getting tested now.”

“We’re working to overcome that stigma every single day and we’ve made progress, but obviously it’s still not perfect,” he said. “There are people who within the community and honestly, outside the community, who don’t understand what HIV is and don’t have a lot of education around it. And that’s why we’re here, to be able to help with that.”

The Project – which has Scott County Health Department medical director Dr. Louis Katz as its medical director – has a large staff, including a registered nurse, nurse practitioner, and clinical pharmacist. It’s offered an on-site pharmacy since 2019, and contracts with ReCept Pharmacy.

“A prime example would be in terms of the folks living with HIV, being able to provide their medications to them,” Mitchell said. “And then in addition to that, you have individuals coming in and receiving no-cost and HIV testing services from us. So if a person receives the diagnosis, they can get their meds that same day as opposed to having to go to another pharmacy or waiting for that pharmacy to process their meds. We can just take care of it all under one roof.”

Mitchell, who is gay himself, has enjoyed participating in past Q-C Pride events on a personal and professional level, representing The 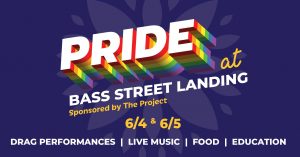 The Pride festival will be free at Bass Street Landing, Moline, Friday night, June 4, and all day Saturday, June 5.

“Historically, The Project has always had a presence at a Pride events, that we’ve always provided testing services,” he said. “I’m a member of the LGBTQ community myself and I have grown up here in the Quad-Cities. So it’s really nice to be able to have this event, and especially after the pandemic, everyone’s experienced isolation.

“And it’s been even for a lot of LGBTQ people, where the community’s already kind of small, and it’s harder to connect with people — it’s been even more intense,” he added of social isolation.

“So, I’m really excited that we will be able to get out and interact with each other in a safe way,” Mitchell said. “The big advantage for us and what we’re really excited about is, to be able to have all of these people, primarily within the LGBTQ community in one spot and to be able to offer them a safe space to have a really good time 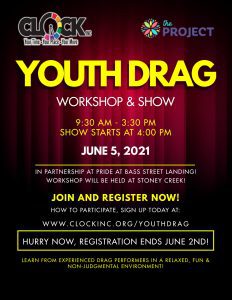 The youth drag workshop and performance will be Saturday at Pride fest.

and then also have our services available to them, should they want to take advantage of them,” he said.

The schedule of events include: 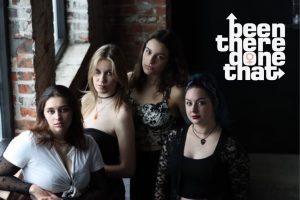 The teen student band Been There Done That will perform Friday night at Pride.

Jazmin Newton, a local attorney in Davenport who practices family law, also will be available Saturday afternoon giving information on matters that are specific to LGBTQ families, Mitchell said. Those areas of advice include issues around employment, accessing health care, adoption, 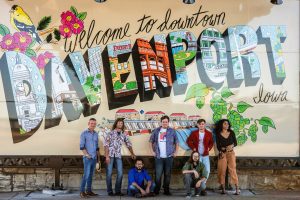 or legal name changes for those transitioning in the transgender process.

Partnering with other organizations

Clock, Inc. – which is based at 4102  46th Ave., Rock Island – provides a full range of services to the LGBTQ community, including hosting community groups (free from discrimination), individual, couples and family counseling, training and workshops.

Chase Norris, the nonprofit’s executive director, said this week that the community celebrates Pride each year in June in honor of the Stonewall Riots, which occurred June 28, 1969.

“The Stonewall Uprising was a tipping point for the Gay Liberation Movement in the United States, which is why in Clock, Inc.’s logo, you will notice the hands of time are always set to 6:28,” he said.

On June 28, 1969, New York City police raided the Stonewall, a gay bar on Christopher Street in Greenwich Village. Gay men and lesbians fought back over four days in what has come to be called the Stonewall Rebellion and was seen as the watershed event that triggered the gay- 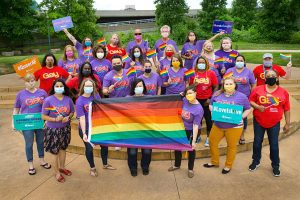 2021 marks the 52nd year of Pridefest in America, “where people across this nation have been able to be free and open to state whom you love or identify,” Norris said.

On June 5, Clock, Inc. will be hosting a youth drag workshop at Bass Street Landing.

“Self-confidence can be challenging for LGBT+ youth and some may struggle to find creative outlets to express themselves,” Norris said by e-mail. “In this workshop, leaders provide knowledge about developing a drag character, choosing a drag name, choosing costumes, applying proper makeup, and performing on stage.”

It is open to all ages under the age of 21. After the workshop, Clock, Inc. will host a youth drag show that allows kids to perform for the community at Pride at Bass Street Landing.

“We have two individuals volunteering their time to lead the workshop for the youth drag queens and kings, who will also be hosting the show and performing,” Norris said. One of those is Candi Stratton of Moline, a board member of Clock, Inc. and a world-renowned Cher impersonator.

Tee LeShoure, president of QC Pride, said Thursday that while they’re not presenting the Pride feast in June, QC Pride is collaborating with 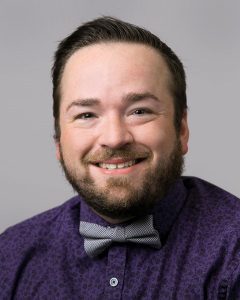 Tyler Mitchell is The Project’s marketing and communications director.

Quad Cities Fall Pride Festivals this September, which is an annual event.

“We decided to merge together this year due to on-going safety concerns surrounding the Covid-19 pandemic,” she said. “Our priority is the well-being of the community we all serve. We hope to return to our normal June dates in 2022. We are always in support of the celebration of Pride as well as the organizations that facilitate them.”

Quad Cities Fall Pride will be held in front of Mary’s on 2nd, at 832 W 2nd St., Davenport. In addition, QC Pride’s annual Unity Pride Parade will be held with the route leading right into the entrance of the fest.

Lured by glitz and glamour

Ginger Snaps of Davenport is a female impersonator and drag performer, and got into the hobby after seeing a drag show about 20 years ago at the former Club Liquid in Davenport.

“It was just seeing the fantasy on stage, the glitz and the glamour,” she said Thursday. Snaps said she is 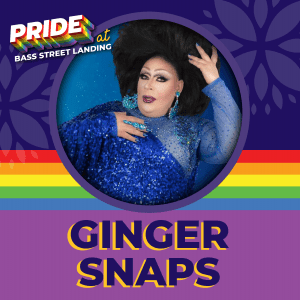 Ginger Snaps of Davenport, a drag performer, will emcee and host the drag shows for Pride at Bass Street Landing.

the reigning Miss Gay Illinois (from 2020), and will compete in Miss Gay USA next May in Dallas.

“It’s a very expensive hobby,” she said, noting she loves it can’t wait for the Pride fest. As a drag queen, Snaps becomes a whole different person. “In real life, I’m really quiet, all normal, but once I get on stage, I’m fun-loving, and get to be wild and crazy,” she said.

When she first started performing, it took hours, to apply makeup, wig and costume, but she’s got it down to about 20 minutes.

Of the Pride events, she said: “It’s a lot of fun. It’s great for the community to come together and unite.”

And they’re not just for the LGBTQ community, as evidenced by “Viva La Divas” she’s done at The Speakeasy, Rock Island, which attracts many bachelorette parties.

Earlier this month, Snaps returned to the drag show at the Speakeasy for the first time in 14 months, with limited capacity and it wasn’t the same as normal. ‘Because you feed off the energy of the audience, for sure,” she said. “When you don’t have that energy, it’s fun but it’s not the same.”

Snaps usually performs regularly at Mary’s on 2nd, Davenport, in drag shows Friday and Saturday at 10 p.m. She said The Project is important especially for young people to encourage them to get tested for HIV and STDs. For more information about The Project services, visit tpqc.org.