Smoking The Controversy On Facebook That Everyone Is Talking About

There’s a controversy on Facebook that everyone is talking about.

I know, shocking! What is it, a Tuesday?

Yes, actually it is.

Quick, pick up your dry cleaning before they close. You’re welcome.

Of course, every day there’s a new controversy on social media. The social media companies pay people to engage and stoke controversies and then they push them through their algorithm to people they know will get ticked off, to get people fighting, and that’s how they draw bigger audiences, and make more money.

The previous paragraph was brought to you by… 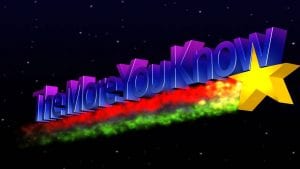 But today’s controversy is particularly gouda, and has drawn some sharp contrasts you chedda know about.

Usually, Welvaert, typically drunk on the cooking sherry stash she found in a secret underground bunker below previous food editor Liz Meegan’s desk, would spice her Facebook by peppering out japes and jibes about soups, pork t sandwiches, and a mysterious fellow named Jeff. 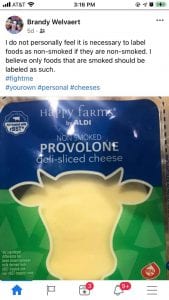 However, this week, she’s done something even more eyebrow-waggling.

WARNING: DO NOT GO ANY FURTHER IF YOU ARE NOT PREPARED FOR SOMETHING WHICH COULD POTENTIALLY SHOCK AND STUN YOU.

Are you sitting down?

Because I’m telling you: This week, Brandy Welvaert slammed foods labeled as non-smoked.

I’ll give you a minute.

Ready? Ok. Deep breath now. Find your center, get those chakras in alignment, clutch the crystals tighter, surround yourself with that happy place, and we’ll continue.

The dairy diva posted the following on her illicit Tome of Countenance:

“I do not personally feel it is necessary to label foods as non-smoked if they are non-smoked. I believe only foods that are smoked should be labeled as such.
#fightme
#yourown #personal #cheeses”
Maybe it’s because she asked for it, but people started fighting her. And she cut the opposition into blocks, or, sometimes individually wrapped slices. 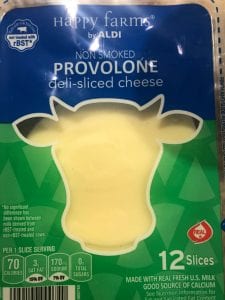 A cheese fan identifying himself as “Nathan Williams,” retorted to the boiling Brandy, “I believe most provolone is smoked, maybe that’s why they labeled it? On a side note, pre-sliced or shredded cheese is heresy.”

The wild Welvaert was not o-queso with that. She slammed back with bleu language, shredding this alleged “Nathan Williams,” with, “This is a good point; however, I stand by my opinion that non-smoked foods need no label. I am immovable on this, as you can plainly see. Now, onto the heresy; I support heresy of all types. Refute if you must.”
From there, the conversation went savage, as people began bringing up smoking parmesan, and mozzerella, and I think someone even mentioned a brie and a bit of Old Croc smoked cheddar.
Before long, the whole comments section was like that scene at the end of “Event Horizon,” only with people fighting over cheese, or, maybe it was more like this Frankie Goes To Hollywood video.
But it was all because of that cheeky rabble-rouser Brandy Welvaert.
I tried, oh, I tried to stop her. But she was raging too hard.
“Such a risky topic to cover!” I mentioned.
She melted my mild suggestion, retorting, “Exactly. It is. But I have never been one to shy away from strong opinions, no matter how unpopular. Don’t get me started on shake canister parm!”
You’ve been warned, folks.
You have been warned.
Tomorrow on Facebook: We get Brandy Welvaert started on shake canister parm. Fasten your aprons.
This column is dedicated to Liz Meegan, one of my favorite people, and former employees at the Rock Island Argus.
Unlike Brandy Welvaert. 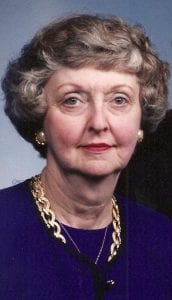 Somewhere, Liz is not smiling at you, Brandy.