Sean Leary December 2nd, 2022 Rock Island, Events, Entertainment, Comedy, Arts & Entertainment News Share:
The Speakeasy is happy to welcome back the Nightcaps comedy troupe and their popular adult improv comedy show SHOTS ‘N’ GIGGLES at 8 p.m. Saturday, Dec. 3!  “The audience at our performance in March was amazing!  The energy in the room was unbelievable and the performers were feeding off that the entire night” said Brett Hitchcock director of audience development.  “It was similar to when the show was performed by The Blacklist a number of years ago which, at the time, was the most popular adult improv comedy show in town.”

SHOTS ‘N’ GIGGLES The show brings improv comedy and alcohol crashing together into one hilarious, crazy time! Throughout the show, the performers do shots and toasts with the audience while playing drinking-themed improv games that the audience shouts out suggestions for!   “As you can imagine the suggestions got pretty crazy in March when you had a packed theatre with both audience members and performers enjoying adult beverages.”  Hitchcock added.
Tickets are $10 in advance and $12 the day of the show. Seats can be reserved by calling 309-786-7733, ext. 2 or online at thecirca21speakeasy.com. The doors open at 7 and the show begins at 8. Those attending must be 21 or older.
Don’t miss your chance to see the most popular adult improv comedy show in the area! 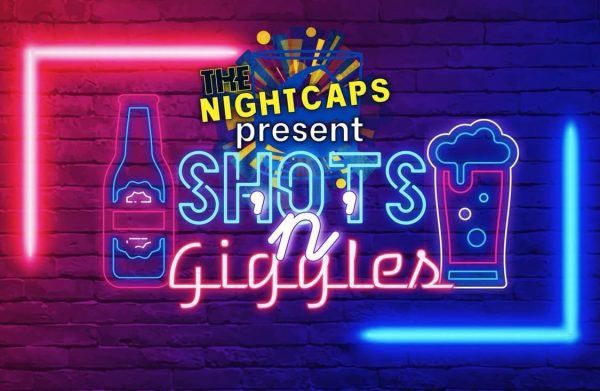