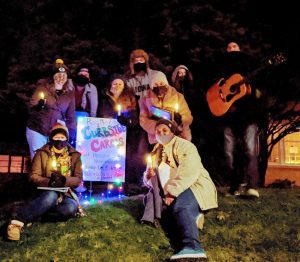 A group of RME staff and volunteers offering curbside carols.

music out to private residences in the Quad-Cities with Curbside Concerts. Now they’re back for a second year.

They contracted with about a dozen local artists, plus RME staff, so about 15 musicians for regular curbsides. The holiday-season caroling had mostly RME staff and volunteers (roughly 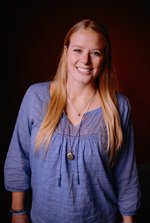 Kate Dale is director of entertainment for RME.

Now the nonprofit has about the same number of artists signed up on its website (and hoping to add more), but they are expanding options beyond solo configurations, where most of the artists give options to sign up for a duo/trio set, or a full band, allowing more musicians to get involved this year, she said.

The 2021 curbside concerts are all “on-demand” — meaning the customer chooses their date, time, and preferred musician(s) for the performance, Dale said. Last year, the program was set up where a musician would sign up for a specific date, and then potentially jam five or six 30-minute concerts into one day, driving all over the Q-C area.

“We tried various ways to make it more logistically friendly, but at the end of the year the feedback from the artists was that it was physically and logistically challenging, and feedback from the customers was that the sets were too short (only 30-minute shows last year – they were all left with wanting more,” Dale said. “So we took that feedback and decided to make the program more flexible and enjoyable for everyone involved.

So now, the curbside concerts will be “one-offs” for the artists — they’ll play at least an hour long and won’t have the time constraint to rush 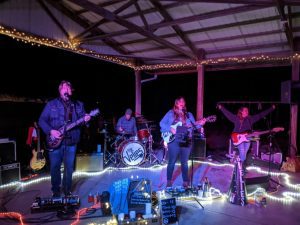 The Velies is one of the Q-C bands offering full-band curbside concerts this year.

off to another gig across town, she said.

“This allows the artists more options to not only bring other musicians with them for a larger set-up, but also the opportunity to bring a small sound system as well — which wasn’t possible before due to the short turnaround time to get from gig to gig in the same day — making it easier for the audience to hear the performance,” Dale said.

The changes are also nice for people planning special events – like graduation or birthday parties – where they have a specific date already, but now have more options of artists to choose from, she said.

“And while we are still requiring curbsides concerts to be outdoors and socially distant – the more our community is getting vaccinated the more comfortable we feel opening these options up to larger groups, as long as they are hosted outdoors,” Dale said.

The fees now are: 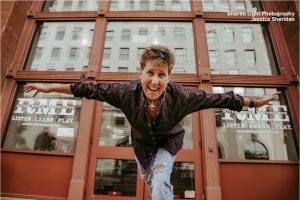 The lineup of participating artists this year is:

“The feedback from last year was incredible – customers loved having live music from the comfort of their front (or back) yards, and artists loved more of the intimate interactions with the audience as well,” Dale said Monday.

“We hope that by expanding the show times and taking out the time constraints of having to bustle across town for another gig, these events 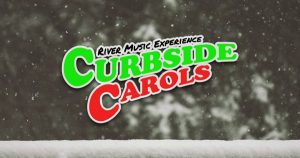 will be more special even than they were before,” she said.

Curbside Concerts are also available for businesses. “We have created a variety of options to suit our community’s needs, from small private gatherings to big parties,” the RME site says. “So break out those barbecues, call up the neighbors, and let’s get the party started!”

“The safety of the audience and musicians is our top priority,” the site says, noting only outdoor locations are allowed at this time. Among other guidelines are:

To reserve a concert, fill out a form at http://rivermusicexperience.org/Live-Music/Curbside-Concerts.