QuadCities.com Top Stories Of 2020: Part Four. May and June.

Two days left in 2020, and so, today and the past two days, it’s been time for our look back at the year that was in arts and entertainment, 2020.

Every day between now and New Year’s Eve, Dec. 31, we’ll be posting stories painting the big picture on the year, a couple months each day. We hope you enjoy the look back, and let’s all hope for a happy new year and a much, much, much, much better 2021!

Sunday we looked at January and February; Monday we hit March; Tuesday was April.

Today, we have two installments. This morning, we showcase May and June, and later on this afternoon we’ll drop July and August.

Let’s get into it…

On May 26, Iowa governor Kim Reynolds opened up her state, and Illinois governor JB Pritzker followed suit by loosening things up for Illinois. And so, for a while, businesses began to open up at least at limited capacity and things started to kinda get back to semi-normal. (Except for, ya know, the fact that a global pandemic was still raging, but, hey… details…)

That’s where we pick up today’s installment.

Most of the theater and summer sports have already been canceled, as have most festivals and outdoor events. However, there were some holdouts that were still up in the air, most of which would end up being officially canceled during this time.

Protests filled the streets nationwide after the George Floyd killing on May 25, and would continue through most of June and July, including here in the Quad-Cities.

Covid numbers began to rise again as more people began to go out and engage, and Dr. Fauci and other authorities warned of spikes in cases going into the fall. Also, May and June saw the first of the covid stimulus programs begin to expire, and, again, experts warned congress and the president that there needed to be another stimulus bill passed or the economy was going to go into the tank and people were going to be hard hit. As with the covid warnings, those entreaties were likewise mostly ignored. Foreshadowing.

Still, the summer was probably (aside from January and February) the most “normal” time during this very abnormal year, as you’ll see here in our recap.

For previous installments, check out our stories every day going back to Sunday. For today’s, read on… 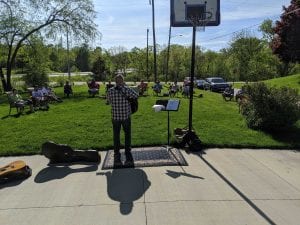 Iowa governor Kim Reynolds announced May 26 that Iowa businesses and performing arts venues will be free to open back up again in June, prompting a slew of announcements of tentative re-openings for various Iowa side venues.

Illinois soon follows, albeit with more restrictions in place.

Beaux Arts Fair went virtual for the first time in its existence, and Figge Museum and Ballet Quad Cities held virtual events along with several other organizations.

River Music Experience debuts Curbside Concerts, allowing local performers to get some live play time, and local music fans the chance to enjoy shows at a social distance. Doing your part by staying home, but miss concerts? Well why don’t you just let RME come to you for a special Curbside Concert! RME and a crew of local musicians are traveling around and spreading the joy of music by playing a show outside your house or the house of someone you care about. Numerous Curbside Concerts, sponsored by Russell, are available to book. The RME will send over a member of their staff with a special guest to play a half hour show for you, your neighbors, or whomever you want!

All summer theater shows were canceled, as were in-person graduations, although some schools held virtual graduation ceremonies. Ugh. It was pretty much a wash in terms of schooling and school athletics, as everything was knocked out by covid.

They say clothes make the man. They also make Laura Heath very happy, especially when they authentically evoke a specific era. With her husband, Heath owns Trash Can Annie’s 418 E. 2nd St., Davenport, which has been closed to the public since last spring’s historic flooding. 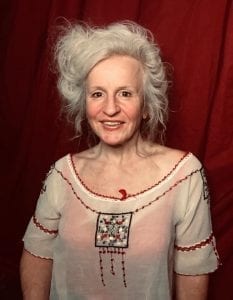 Laura Heath wearing an ethnic blouse from the ’30s.

But her 40-year passion for fashion and experience working in theater and film nationwide led her to another high-profile project last year – supplying clothes for the hit Netflix mini-series “Hollywood,” which debuted May 1.

Grace Bjustrom of Eldridge was named as the 2020 recipient of the Thomas K. Evans Memorial Scholarship. Bjustrom, a soon-to-be graduate of North Scott High School (Eldridge), will receive $5,000 toward tuition, room and board at Iowa State University (Ames), where she plans to study agricultural engineering and marketing in the fall.

A third round of grants were awarded to Quad Cities-area nonprofits supporting the community’s response to the COVID-19 pandemic. The grants were made possible because Quad Citizens continue to donate to the Quad Cities Disaster Recovery Fund at the Quad Cities Community Foundation. The fund recently surpassed $1 million in contributions, and provides critical support for basic needs during the pandemic. Nonprofits in the Quad Cities region have requested more than $3 million in support since the fund was activated nearly two months ago.

This year’s 15th annual celebration of Western Illinois University authors, originally planned for April, was held virtually because of the COVID-19 pandemic. The project, put together by University Libraries, honors anyone who published during the 2019 calendar year, while employed or enrolled at Western. This year’s published works include books, chapters, articles, reviews, poetry, audio recordings, software and exhibitions. 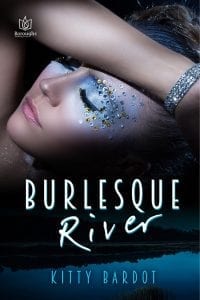 And on a personal note here at QuadCities.com, Tristan Tapscott and Khalil Hacker joined our team to help out with social media, promotion and digital programming. Khalil debuted “Local Business Spotlight” and Tristan debuted season one of “Cooking Thyme With Tristan Tapscott.” (Season two is coming in January 2021.)

Bettendorf’s Family Museum opened with a new traveling Curious George exhibit; fitting, since we were all curious as to what the heck was going to happen once everything got opened up again.

Several Q-C arts and cultural organizations received emergency relief funding, among 173 grants throughout Iowa by the Iowa Department of Cultural Affairs (IDCA). The department awarded more than $1.1 million in grants — $923,372 for emergency relief and another $178,000 in humanities grants to help Iowa cultural organizations rebound from the financial impacts of the coronavirus pandemic. Funding for the emergency relief grants was made possible by the federal Coronavirus Aid, Relief and Economic Security (CARES) Act.

Moline artist Jon Burns donated 50 percent of his sales during the month to the Black Lives Matter movement.

Mercado on Fifth in Moline won a big financial boost from the state of Illinois. The five-year-old nonprofit in Moline’s Floreciente neighborhood was approved by Gov. JB Pritzker and the Illinois Department of Commerce and Economic Opportunity (DCEO) for nearly $500,000 as part of $11 million in state funding for 32 minority-owned businesses and business incubators, from the Minority-Owned Business Capital and Infrastructure Program. These grants will equip minority-owned firms with resources to create jobs, build capacity, increase revenues, and revitalize properties in underserved communities.

Even though it’s been closed nearly three months, Circa ’21 Dinner Playhouse got a pretty great 43rd birthday present Thursday, June 11. Within a day of announcing it, the theater sold out all tables (totaling about 140 people) for its unique “Music on the Marquee” cabaret on 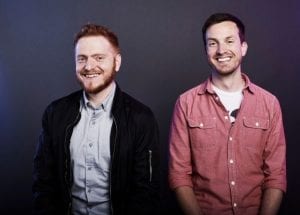 Scott Beck and Bryan Woods aren’t slowing down. The duo, who grew up making indie films since their teen years in Bettendorf, Iowa, and currently reside in Los Angeles, shot to prominence with “A Quiet Place” last year, after over a decade of under-the-radar ups-and-downs in Hollywood. Beck and Woods were in Canada over the summer in pre-production on a new project they’re “not allowed to talk about yet,” that they’re writing and directing. “It should be a fun one,” Wood said. “I wish we could other than we’re still following our heart down the horror genre that path and we think this will be another interesting thing that we do next.”

The pair are happy that they’ve gotten the chance to forge it, after shooting to early prominence with placements in Project Greenlight and MTV Young Filmmakers contests in the mid-2000s, and moving to L.A. for over decade of projects and proposals that all looked promising but didn’t quite catch fire. “It’s a hard path to forge, any path in the entertainment business can be very treacherous and difficult,” Beck said.

The duo are currently in production on a new film, “65.” 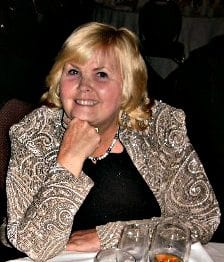 Like most everything else in this time of social distancing, the annual awarding of scholarships and other recognition for Rock Island High School students was done online last month. The Rock Island-Milan Education Foundation (RIMEF), led by executive director Monta Ponsetto, assembled a video presentation to detail and honor the accomplishments of 114 RIHS students, including awarding nearly $90,000 in scholarships.

Local author Connie (Corcoran) Wilson was notified that her latest release, BEE GONE: A POLITICAL PARODY is a Gold Medal winner in the eLit Book Awards. The category for the win was Graphic Novel/Drawn Book – Humor/Cartoon. The book was published by Quad Cities’ Press. The E-Lit competition, which is highly competitive, offers awards in 65 categories, solely to e-books, world-wide. E-Lit awards are dedicated to honoring the best e-books published each year for the North American markets.

QuadCities.com reporter Jonathan Turner won a special honor, announcing, “I am thrilled to announce that I will finally be able to use the 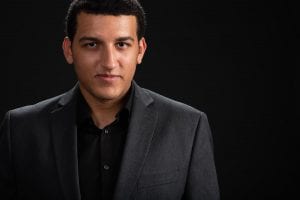 word “Pulitzer” on my resume!!! No, I’m not getting a Pulitzer Prize anytime soon, but the Pulitzer Center for Crisis Reporting in Washington, D.C., is financially supporting the Prairie State Museums Project.

“It’s a new collaborative effort of 16 journalists across Illinois (I’m the only one in the Quad-Cities) to compile two stories each on how Covid-19 has impacted museums statewide. It began in April 2020 as a grant application to the Pulitzer Center’s Coronavirus News Collaboration Challenge.

“In partnership with local media journalism across Illinois, this project elevates the stories of “Prairie State” museums and their inherent community and economic value as they face the COVID-19 crisis.”

A student of Western Illinois University Assistant Professor of Voice Penelope Shumate was recently named one of only three singers in the United States in his category as a finalist to compete in the final round of the National NATS Vocal Competition, starting at 1 p.m. Sunday, June 28. Joshua Pitt, a sophomore vocal performance and music education major, of Racine, WI, is one of only 46 total finalists in the country, chosen from the 755 semi-finalists to compete.

And that’s all for May and June.

Check in this afternoon for July and August, and see the Quad-Cities begin to open up again, and reach some semblance of normalcy.

At least for a little while.

And of course, to go back and get the entire recap of our look at the year, check out our stories Sunday (January and February), Monday (March), and Tuesday (April).