“Two Remain” is a moving and emotional two-act chamber opera by composer Jake Heggie and librettist Gene Scheer is based on the true stories of two Holocaust survivors.

In Act I, Krystyna Żywulska, assisted by ghosts of Auschwitz, shares her story of survival with a journalist. In Act II Gad Beck is haunted by his first love, the poet Manfred Lewin, who perished in Auschwitz.

Presented as Part of
Out of Darkness, Holocaust Messages for Today 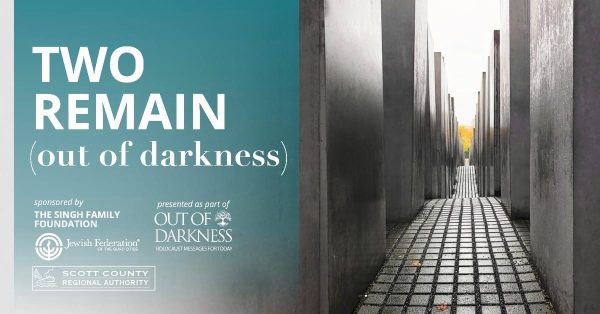