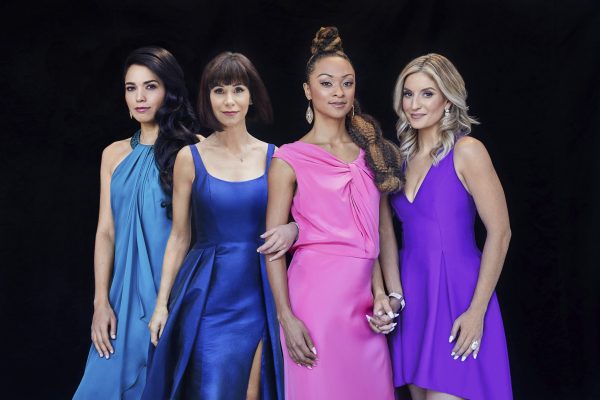 Today, the tour announced the cast of the spring 2022 leg, which will perform from the tour’s kickoff on January 30 in Wichita, KS, through April 16 in Lancaster, PA, presented by Pandora Jewelry.

Fans will get another sneak peek of the show, when Egan, van der Pol, Winters, and Grammy®-nominee Courtney Reed (Broadway’s original ‘Jasmine’ in Aladdin) perform as part of Philadelphia’s Thanksgiving Day Parade which will stream via Hulu between Thanksgiving and New Year’s Day.  The quartet also performed last weekend as part of Chicago’s Magnificent Mile Lights Festival.

Concertgoers in every city are encouraged to dress up in their best royal attire for an unforgettable evening, where the acclaimed cast will perform more than 30 favorite Disney Princess and Frozen songs, including classics like “Part of Your World,” “Let It Go,” “A Whole New World,” “Colors of the Wind,” and “A Dream is a Wish Your Heart Makes.”  The performers will share exclusive, hilarious and heartfelt behind-the-scenes stories from their time on the stage and screen. Larger than life animations and visuals accompanying the music will immerse the audience in pure Disney magic.

Disney Princess – The Concert is based on the established touring production Broadway Princess Party®, which began as a cabaret show at Feinstein’s/54 Below in NYC in 2015. It garnered critical success and a loyal fan base, including more than 20 million views on YouTube. This new venture is co-produced by Disney Concerts with Broadway Princess Party, LLC.