When your dreams disappear, sometimes you’ve got to create your own. 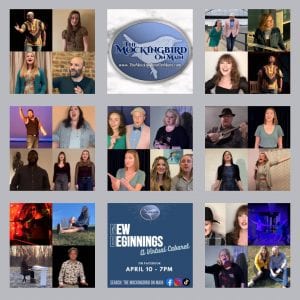 That seems to be the inspiring, organizing principle behind Mockingbird on Main, a planned theater/cabaret space taking shape at 320 Main St., Davenport.

“New Beginnings” – a tantalizing teaser online cabaret – was released this past weekend to give us a glimpse behind that dream, led by Quad-Cities actor Tristan Tapscott and his girlfriend, Savannah Bay Strandin. Fittingly, they close out the wonderfully entertaining 76-minte video by singing “A Million Dreams” (from “The Greatest Showman”) and sharing scenes from the renovations underway at the former Blush Dress Shoppe.

“We could see the possibilities right away,” Tapscott said Sunday by e-mail, noting he and Strandin took over the lease Feb. 1 and have been working on it since. Mockingbird on Main will seat 40 with cabaret-style tables and chairs.

The timetable to open is still up in the air, as the area works through Covid, and Tapscott is 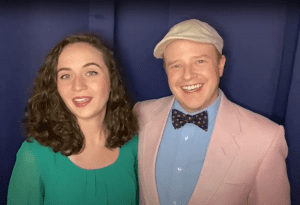 Savannah Bay Strandin and Tristan Tapscott in the new Mockingbird on Main cabaret.

planning a major announcement soon. “We will offer a variety of streaming options until then (and after as we will keep that as part of our model),” he said, adding the theater won’t have a traditional “season” and is intended as a place for all.

Tapscott and Strandin are Circa ’21 veterans, and have been very active during the pandemic as it’s offered a wide variety of alternate programming (in person and online) in the past year. Their performing livelihood – like for most artists – has been decimated, and rather than waiting for opportunities to become available, they are making their own, which takes incredible courage, tenacity, and a bit of insanity.

They lovingly produced this “New Beginnings” video collection, directed by their pal Khalil Hacker, a Circa lobby host and videographer. 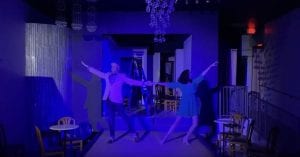 Tristan Tapscott and Savannah Bay Strandin dance during “A Million Dreams” in their new dream space.

“New Beginnings” features 22 performers total – including 13 from the Quad-Cities, and the remainder from all over the U.S. Several in and outside the area are naturally Circa veterans as well.

The video begins with two very different songs, but very appropriate for today.

Lillian Cobert starts with the mesmerizing “Someday,” filmed primarily from the downtown Moline parking garage, as she gazes wistfully – and she blends her sweet voice in harmony with herself, and is shown at an electronic keyboard in an open field. The heartfelt lyrics include, 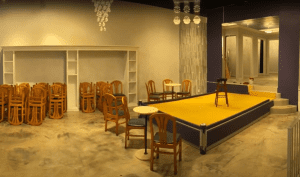 A sneak peek at some of the renovations in the former Blush boutique, 320 Main St., Davenport.

“Change will come one day, someday soon” (we fervently hope).

The second number is one of several showstoppers overall – Anthony Hendricks’ “King of the World.” It is so passionate and intense – with a constantly moving, rolling accompaniment – and Hendricks displays enviable, powerful self-confidence (“I will not be defeated”), which we all could use.

Among the great Circa ’21 alums in the cabaret are: 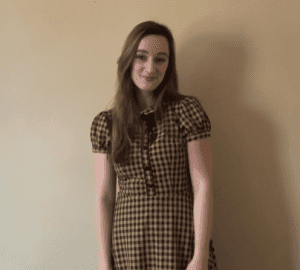 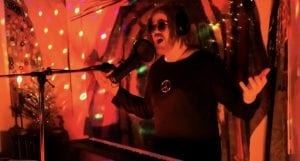 Kyle Motsinger sings a groovy song of peace and love in the cabaret.

There are a number of fresh-faced young performers, including: 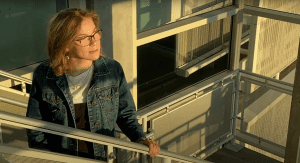 Lillian Cobert kicks off the video with “Someday” from downtown Moline.

A graduate of the musical theater program at Western Illinois University, Martin (who lives in St. Louis and is a friend of Strandin) posted recently on Facebook:

“My goal for this video was simply to have fun. In this time where theatre opportunities have been few and far between, I’ve put a lot of pressure on the virtual projects that I’ve been a part of. Did I still nitpick? Absolutely, lol, but I do believe I accomplished my goal. Forcing myself to 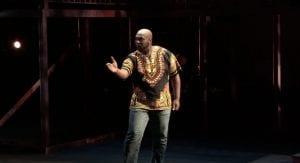 dance around my bathroom certainly played a hand in that.”

Tapscott and Strandin certainly provided needed opportunities for musical theater performers in this cabaret, and plan to in their new venture. In the video, Doug Kutzli created a mini-play, as he is frustrated with watching Netflix and pulls out his guitar and a natty fedora, and cheers himself up (and by extension, us) by singing the Sinatra classic “That’s Life.”

After the momentary reverie, he returns back to his remote, muttering, “Wonder if there’s

Brooke Myers performs one we can all agree with — “Times Are Hard for Dreamers.”

anything on Disney Plus…”

Wendy Czekalski is also a standout in “The Ladies Who Lunch,” as she holds her drink, and unleashes the weary, bitter, cynical song. Czekalski plans to perform the role of Joanne (who sings it) in the landmark musical “Company,” at Moline’s Black Box Theatre, though dates haven’t been announced yet. 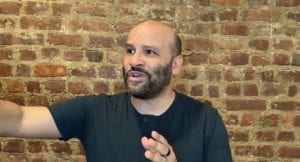 downtown Davenport, as Tapscott turns the key to their dream Mockingbird space.

“I close my eyes and I can see

The world that’s waiting up for me

That I call my own

Through where no one’s been before

And in lines that could be applied to Tapscott: 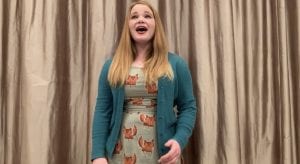 We can live in a world that we design” 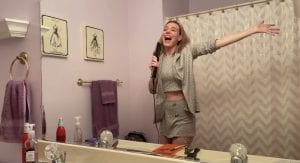 Kiera Lynn Martin is “Ready to be Loved” in the “New Beginnings” video.

It is exhilarating and so inspiring to see Tapscott and Strandin share their personal love and dreams on screen, and I pray everything works well, and this push for partnerships with the creative community is realized.

But with so many theaters in the Q-C already struggling to survive (battered by Covid), it will be an uphill battle. And Tapscott, in particularly, is a battle-hardened veteran of launching his own theater.

I loved so much of what The District did, but it clearly couldn’t make money. The Mockingbird On Main seems to have a new model in mind, and I can’t wait to see how it unfolds, and hope it can soar.