The Black Box Theatre is excited to bring two premiere’s to the area. Auditions for Ride the Cyclone and All Is Calm will take place in May.

Ride the Cyclone is a musical with music, lyrics and book by Jacob Richmond and Brooke Maxwell, and tells the story of the members of the St. Cassian High School chamber choir of Uranium City, Saskatchewan, who perish on a faulty rollercoaster called “The Cyclone”. Each tells a story to win the reward of a mechanical fortune teller — the chance to return to life.  The BBT production will be directed and choreographed by Shelley Cooper. Auditions take place Saturday, May 14 from 11 to 2 with callbacks on the 15th.  Prepare 32 bars of a contemporary musical theatre song that shows your range.  The show will run August 11 to 20.

Ocean O’Connell Rosenberg
Female – 18-25
The leader of the group, relentlessly competitive, sometimes cruel, though she sees herself as a virtuous person; high Broadway mix, with a pop quality; big range.

Misha Bachinski
Male – 18-25
adopted from the Ukraine as a teenager; he has thick Ukrainian dialect and a lot of rage; he is obsessed by Gansgsta Rap (an enormous fan of the auto-tune phenomena); there is a hidden, soulful romantic side; Baritenor with the ability to sing lyrical Ukrainian folk music as well rap.

Noel Gruber
Male – 18-25
the only gay kid in Uranium; never had a relationship; obsessed by French New Wave cinema, he has fantasies of dying a tragic death. Must be able to sing in the style of a French chanteuse.

Ricky Potts
Male – 18-25
Begins the play wordless and on crutches; suffers from a degenerative disease that has left him speechless and mostly immobile; he discovers at the beginning of the play that in this strange purgatory, he has regained all of these abilities. Baritone rock voice; basic accordion and/or tumbling a plus.

Constance Blackwood
Female – 18-25
Overweight, and outwardly okay with it, but there is a very deep self-loathing. Will do anything for Ocean’s friendship and allows herself to be used as a doormat; dubbed “the nicest girl in town,” a title she secretly despises. Very likable comic actress; alto belt, with a rock edge. 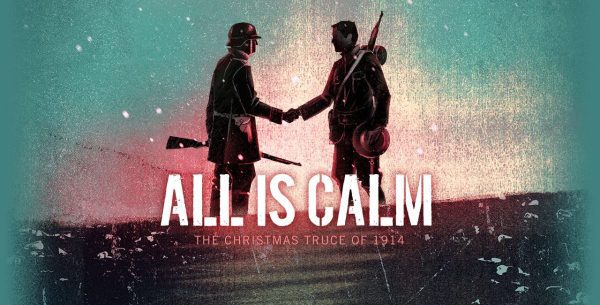 Jane Doe
Female – 18-25
She was decapitated in the accident and no one claimed her body; even though she isn’t headless in the piece (but often carries around a headless doll). She reacts in a literal way and largely without emotion, almost robot-like; the other contestants are totally freaked out by her. Classically trained soprano with a flexible coloratura upper range, and some grit and meat in the lower register.

All Is Calm is written by Peter Rothstein with vocal arrangements by Erick Lichte and Timothy C. Takach. It tells the story of The Western Front in World War I, Christmas, 1914. Out of the violence a silence, then a song. A German soldier steps into No Man’s Land singing “Stille Nacht.” Thus begins an extraordinary night of camaraderie, music, peace. A remarkable true story, told in the words and songs of the men who lived it. All Is Calm will be music directed by Ron May and staged by Lora Adams. Audition date is Saturday, May 21 from 11 to 2. Prepare excerpts from two Christmas carols – one up tempo, one slow that shows your range. This production is sung acappella featuring nine men. The show will run from December 1 to 10.

’I would encourage anyone attending to find excerpts of the shows on YouTube to get a full idea of both pieces,” said Lora Adams, Black Box Theatre co-founder. Auditions will take place at The Black Box Theatre, 1623 5th Avenue, Moline, IL 61265.