Ballet Quad Cities artistic director Courtney Lyon, who choreographed the ballet, has worked for the Q-C company since 2000, starting as a professional dancer, and she’s been artistic director since 2009. Her undergraduate degree is in dance from University of Iowa, where she studied choreography four semesters. She’s glad to have a fuller production with the new Adler Theatre show — compared to the colorful one last April, an abridged (hour-long) version at The Outing Club in Davenport.

“It’s really being able to get a larger number of dancers on stage and be able to dance full out — because this company is awesome,” Lyon said recently. “They’re great dancers, so it’s nice to feel I’m not limited by any reason. It’s just the idea we’re in this larger space, so we expand everything. That feels really good for the dancers, and then for the audiences. It’s exciting.” 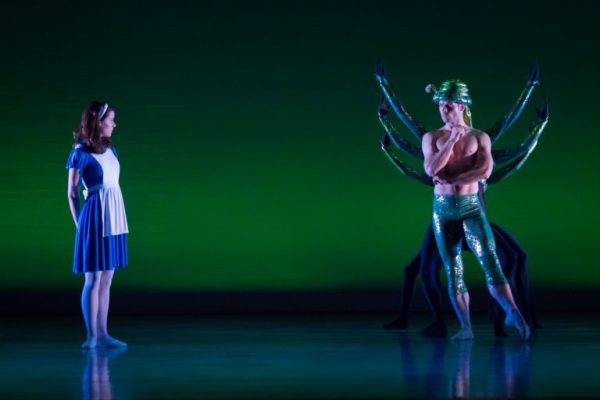 Lyon has been with the company for over two decades, and she started dancing at 3 at a YMCA in St. Louis.

“I loved performing, loved throwing myself into a role,” she said. “When you do that, it is a single focus. You’re really invested in your character. You connect with the actors around you. You know you’re contributing to a scene, but you’re really responsible for your own character. As a choreographer, I get to have my hand in everyone’s character – I love that.”

“It’s being able to use a range,” Lyon said of a creating a ballet. “People like flexing different parts of their artistic muscles, and for me, the stage is like a playground. I get to slide down this slide, jump off this thing, and climb up this, and make a mess over here.”

Appropriately, her frolic-filled Mad Tea Party in “Alice” features a slanted table that is used as a slide. Lyon said she studies great choreographers nonstop, and is an avid reader.

“I was ready to make worlds, and invest in worlds,” she said. “You give me a great piece of music, or any music, some dancers and a space, and I’ll make a story for you. It’s super fun for me to really invest in each character.

“I know how each character walks, how they run, every character on stage’s back story,” she said. “I’m trying to get the dancers to invest in my vision as well, so I want them to be able to see the character, bringing them to life.” 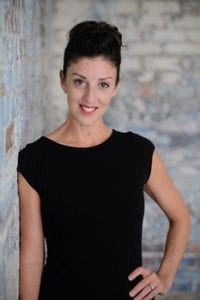 Lyon first created an “Alice” for BQC in 2018, after never participating in a previous production of the story.

“In a way, this audience gets to benefit from me having done it before, because I get to make my piece of art; I step back from it when it’s all done and I see where I can tidy it up,” she said, noting she trimmed about 20 minutes for the new version.

“The only thing I really feel is missing is the Cheshire cat,” Lyon said, which had been a dancer in the previous version, and is just referenced now in the story (not a dancer).

In her original version, the cat was a man dressed in black, in a pas de deux with Alice, and when she was lifted, it appeared like she was floating, and the cat disappeared into just a smile, like in the story, “That was a trick I really couldn’t pull off in this space, so I let it go,” Lyon said. “You don’t miss it – there are so many colorful characters in ‘Alice,’ it’s so fun.”

Going down the rabbit hole, there’s no hole in the ballet for her to fall into (but other dancers represent it), while in the book, she falls over many pages, she said. “I kind of flipped it on its side, so dancers are like the wind rushing by her – running towards the audience,” she said.