The Haus Of Ruckus launches their 2022 season at The Mockingbird On Main with a new show – PANTS LABYRINTH!

The Haus brings the funny for 2 more performances – tonight at 7pm and Sunday at 2pm!

Here’s the complete rundown of Haus of Ruckus shows this year at Mockingbird:

When he loses his tuxedo pants before a friends’ wedding Fungus and Johnny are thrust into an adventure of mythic proportions, as they dare to venture into the pants labyrinth. There they must face off against a rascally puppet , an oracle with an unreasonable copay, a Minotaur with a flair for pants and disco dancing, and as close to beejees music we can get without paying royalties. Showdates May 27th-29th and June 4th-6th 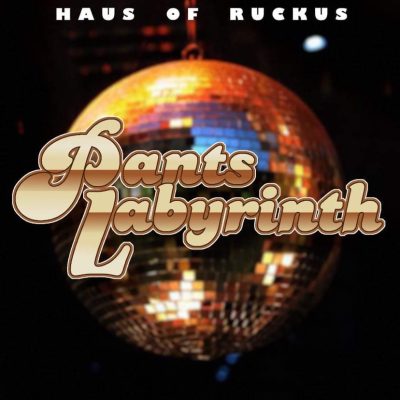 Johnny buys a cursed video game on Amazon and gets trapped inside. Play as Johnny or Fungus as they run, jump, fight, jump and jump their way through Lucha”dorks” the forgotten 1995 fighting game that developed itself! August 27-29 and September 3-5

5 one dimensional teenage archetypes get trapped in a scary mansion. Little do they know it belongs to Spooky Pete, a mysterious and alluring ghoul who teaches them about life or something probably. This all new horror comedy has it all, Drag, Vampires, goths.Just in time to be late for Halloween, spooky Pete goes up on November 11th-13th and 18th-20th

Tickets can be purchased at the door via cash or Venmo and reservations can be made online very soon! Follow Haus of Ruckus on social media for details! 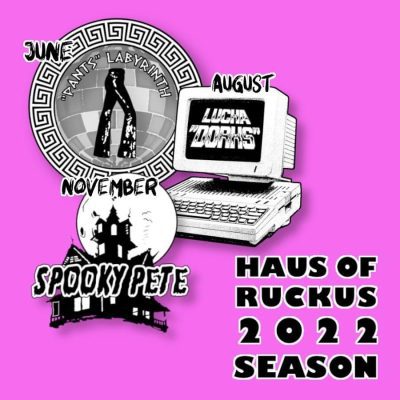