Great Revivalist Brew Lab, located in Geneseo, IL, announces the premiere of its month-long Ms. Pac Man Mania Marathon. Beginning December 1st and ending at 10:00p.m. CST on New Year’s Eve, players can compete with their family and friends (or complete strangers) for the highest score in Ms. Pac Man and a chance to win $500 cash. 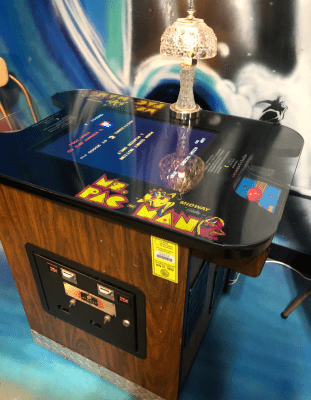 “We wanted to end the year, a tough year for so many people and businesses, on an energetic flashback to the 1980’s and Ms. Pac Man,” said Richard Schwab, CEO of Great Revivalist Brew Lab. “Almost everyone is familiar with the Pac Man & Ms. Pac Man games and their cast of characters. This month-long marathon is our opportunity to show our gratitude to our loyal customers and future ones, while showcasing this truly unique destination venue. It gives people a chance to stop in and check out things they haven’t seen before. They can have something to eat, enjoy one of our craft beers or sodas and show their skills at our Ms. Pac Man table. With all that, they have a chance to end 2021 by winning $500”, Schwab said. 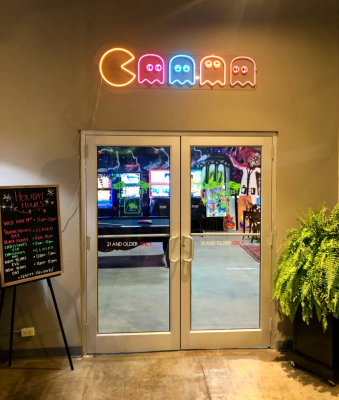 To add to the mania, Great Revivalist Brew Lab will be asking Ms. Pac Man trivia questions on its Facebook and Instagram pages. Players and customers are encouraged to play along by liking/following the Brew Lab’s social media pages. The ‘Rules & Policies’ of the Ms. Pac Man Mania Marathon are:

Ms. Pac-Man is a 1982 maze arcade game developed by General Computer Corporation and published by Midway. It is the first sequel to Pac-Man (1980) and the first entry in the series to not be made by Namco. Controlling the titular character, the player is tasked with eating all of the pellets in an enclosed maze while avoiding four colored ghosts. Eating the larger “power pellets” lets the player eat the ghosts, who turn blue and flee.

Ms. Pac-Man was acclaimed by critics for its improvements to the original gameplay and for having a female protagonist. Critics have described it as superior to Pac-Man. It has been listed among the greatest video games of all time and as one of the most successful American arcade games ever made. The game’s success inspired a variety of merchandise, several ports for home consoles and handheld systems, and numerous sequels and remakes, spawning a Ms. Pac-Man spin-off series. The rights to the game are owned by Namco’s successor company, Bandai Namco Entertainment.