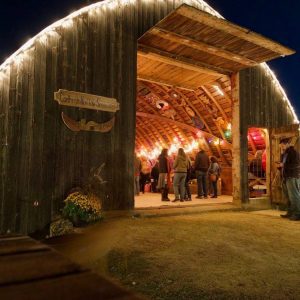 as one of the Midwest’s best events. But on short notice this year, the barn made the difficult decision to temporarily cease performances, leaving the beloved festival without a venue. After cancelling last year due to the pandemic shutdown, this comes at a challenging time.

Responding quickly to the closure of GARP’s original venue, Davenport-based River Music Experience has stepped in as a co-producer to bring the festival to Rock Island. RME and Moeller Nights will coproduce this year’s “Baby GARP” festival on Saturday, Sept. 11, from 3 p.m. to 11 p.m. 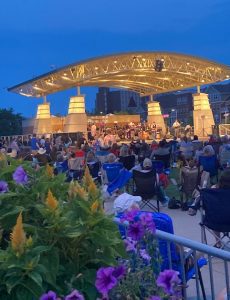 Schwiebert Riverfront Park in Rock Island will host a “Baby GARP” Fest on Saturday, Sept. 11 from 3 p.m. to 11 p.m.

Aaron Kamm & The One Drops. Working closely with Downtown Rock Island, Rock Island Parks & Recreation, and Bent River Brewing Company, the coproducers combined their two events and have quickly put all the pieces in place for a memorable night of music on the riverfront, with the City of Rock Island supporting the event as presenting sponsor.

“We immediately knew we needed to step up and help make this happen,” Tyson Danner, RME’s executive director, said Monday. “These kinds of partnerships are what it takes to create a truly collaborative, diverse, and growing music culture.”

Full day tickets are $50, and $20 after 6 p.m., at the gate only. Kids under 12 will be admitted free. To purchase tickets or for more information, visit www.rivermusicexperience.org.