Visit Quad Cities and local tourism leaders are mourning the loss of a Q-C champion and cheerleader. Joe Taylor, 65, of Hampton, Ill., died Thursday, Dec. 3 in a Cedar Rapids hospital. 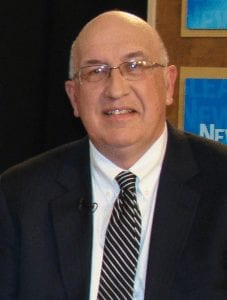 “On behalf of our Board of Directors and team, we are incredibly saddened by the news of Joe Taylor’s passing,” Dave Herrell, current president/CEO of Visit Quad Cities, said Friday. “A leader and accomplished veteran of our industry, Joe’s love, passion, and contributions to the Quad-Cities regional destination are appreciated and valued.

“His legacy is far-reaching, and we are grateful for all he accomplished throughout his storied career to make the community that he cared for a better place to live and visit. Joe will be dearly missed, and our thoughts and prayers are with his wife Kathy and their family.”

Taylor was the first director of marketing and communications of the new combined organization. He was appointed the President and CEO in 1998. 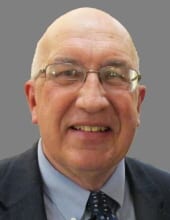 served as President and CEO,” said Mo Hyder, General Manager of Rhythm City Casino and Chairman of the Visit Quad Cities Board of Directors.

“He was a champion for all things Quad-Cities and his passion for tourism, supporting our industry, economic growth, and quality of life played a big role in how far we have come as a destination,” Hyder said. “He will be greatly missed by the many people he worked with—within and outside the Quad-Cities region.”

Taylor was known for his passion for tourism and connecting the regional destination, according to Visit Quad Cities, noting he had an extensive knowledge of Quad-Cities history and loved sharing quirky facts and important dates.

Taylor led the region in adopting a wayfinding system in 2008, became one of first 47 CVBs in the world to be accredited by Destination Marketing Association International (DMAI), and was excited to welcome RAGBRAI back to Scott County after 26 years when it ended in LeClaire.

Joe enjoyed books, travel, and the quiet and slow pace of hiking.  He was a longtime member of the Black Hawk Hiking Club, and a leading advocate for our Mississippi riverfront destination and outdoor recreation. 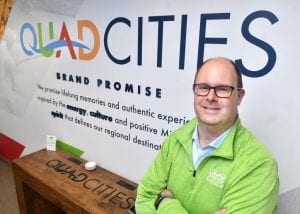 Several of the highlights he mentioned when he retired included the Q-C area hosting the National Trails Symposium, Midwest Birding Symposium, and Grand Excursion 2004.

Taylor graduated from Illinois State University and was very proud when the Quad-Cities won the bid to host the Missouri Valley Conference Women’s Basketball Championship in 2016.

He also considered career highlights hosting 45,000 people for the Women’s International Bowling Congress in 1998, bringing back the World Series of Drag Racing to Cordova in 2017, and hosting national ASA softball tournaments.

In 2018, Taylor left the area for Indiana, to become Joe executive director of the Evansville Convention & Visitors Bureau. He left there after just over a year on the job. That resignation was for “personal reasons” and was accepted effective Sept. 27, 2019.

“Joe was such an advocate for the Quad-Cities, bringing the tourism industry together and strengthening the local area,” Sean Shannon, former manager of the Radisson on John Deere Commons in Moline, posted Friday on the Trimble Funeral Home site. “I spent a lot of time with Joe in the formative years of the four cities combining into one CVB and Joe was such a champion for the entire region.”