​Pitch Black Manor, the Quad Cities first and only Goth band, is back from the dead after 27 years since their last live appearance! On October 22nd 2022, a monstrous resurrection will occur at Rozz-Tox in Rock Island!

THIS IS A COSTUME PARTY~ COME DRESSED TO SHOCK, STALK, AND GET DOWN WITH THE DEAD! 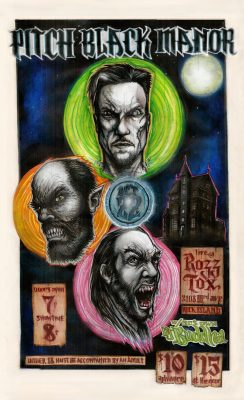