Davenport, IA — The Quad City Hash House Harriers – Dirty Pirate Chapter (or QCH3), a local group that is part of the loosely affiliated international organization, the Hash House Harriers, and a self-described “Drinking Club with a Running Problem,” held their 9th Annual Red Dress Run on Saturday, February 16, in which all participants – male and female – wore red dresses to have fun and draw attention to this charity event. This year’s run raised a record $17,500 for Friendly House of Davenport, a local non-profit that offers a variety of services to respond to the needs of children, families and seniors through quality, affordable services that will enrich lives and strengthen our neighborhoods and the community. Approximately 250 people participated. 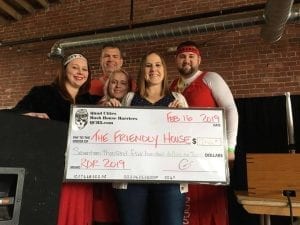 2018’s QCH3 Red Dress Run raised more than $13,000 for Ribbons for Kellsey, with 250 participants from ten different states and more than a dozen different hash groups. 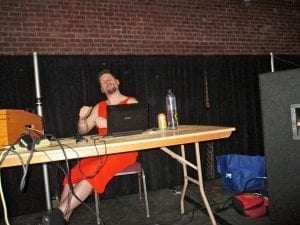 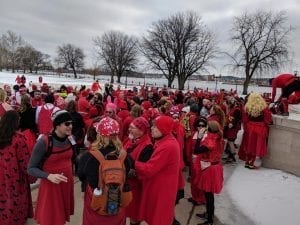 “The Red Dress Run is not so much a run as a gathering of people with good senses of humor, adventurous spirits and charitable hearts … and red dresses.” 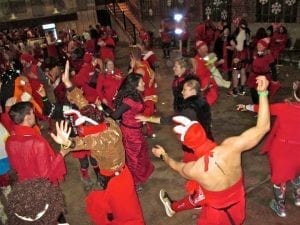 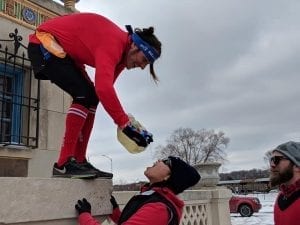 About Hashing: Hashing was started in 1937 by British expat – A.S.I. Gispert (or simply “G” as he was known to his friends), living in Malaysia, and is based on an old English game called Hares and Hounds.

The group was named after the place many of the Kuala Lumpur-based Brits lived and ate – the “Hash House,” with the addition of the typical Hounds and Hares team moniker “Harriers.” Thus was born the first Hash House Harriers. After WWII, the practice started to spread worldwide, and then really caught on and began growing exponentially in the early ’70s. There are currently about 2,000 active chapters (or kennels) worldwide, including about 400 in the U.S. 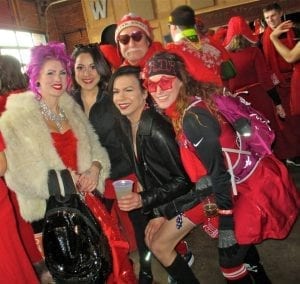 The philosophy of the original Hash House Harriers from the 1938 charter: 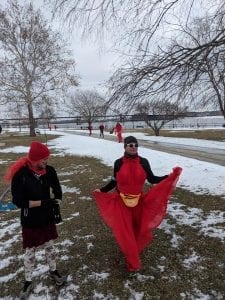