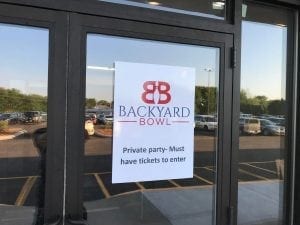 The new Backyard Bowl and Abides Bar is a fantastic addition to the local entertainment landscape, particularly as a draw in an area barren of other options – Milan and southwest Rock Island.

Regardless of all the entertainment options, the food alone is enough of a draw, as the menu is full of tasty surprises, from flatbread pizzas featuring figs, pears and prosciutto to bourbon bacon burgers and more. I tried a number of the items at a special sneak preview party this week and I’m looking forward to getting back to check out the rest, as the ones I tried were fantastic.

The spot also boasts an amazing array of dozens of beers from around the region, everything from your standards to more offbeat and tasty stuff like a Kentucky Bourbon Vanilla Ale that’s like dessert and booze mixed into one refreshingly intoxicating package. 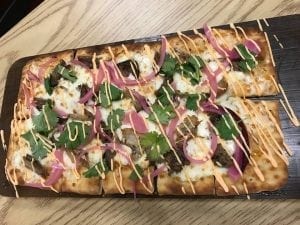 The staff is attentive and sharp, the atmosphere is friendly and the outdoor patio offers an awesome and relaxing option for dining and drinks. Amidst its 10,000 square feet, there are 14 lanes for “boutique bowling” (similar to the experience in the downtown lanes in Blackhawk hotel, with plush seating and table service for food), about two dozen arcade games, an indoor stage for live music and more.

Owners John Timmer, Shane Scott and Jon McAtee bought the 33,000 square foot property for $275,000 in July 2017 and have put in another $2 million to renovate it, adding another 10,500 square feet, with plans to add live music to the slate soon both outdoors and indoors, and future expansion to the second level to turn it into something between an Illinois-side version of Davenport’s popular Analog Arcade mixed in with combat darts and potentially laser tag and other games. They’re also looking at starting up various game leagues for outdoor contests like bags and shuffleboard as well as indoor sports like, well, bowling. They currently employ 35 employees, with an eye at getting to over 50 as they expand. 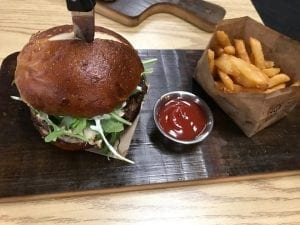 “We bought the property for investment purposes and after discussing various options, decided to rebuild the family and entertainment center, while also having climate-controlled storage as part of the complex to help create and sustain revenue,” Timmer said. “We need these kinds of options on the Illinois side. You see a lot of stuff like this opening on the Iowa side. I’m a big fan of Rock Island and Milan, I grew up here, and we need stuff like this too. I think people are really hungering for it, not just here in the cities, but we’re looking at our reach going out to the rural communities here on the southwest side too.”

When I attended, the place wasn’t entirely decked out in décor – it’s still awaiting some fun Lebowski-themed merchandise for the walls in the Abides and some other fun decorations to liven up the walls – but those items will be in place for its grand opening celebration later this fall. It opens to the public sans those accoutrements Friday night, with hours of 11 a.m. to 11 p.m. Sunday through Thursday and 11 a.m. to 2 a.m. Friday and Saturday moving forward. 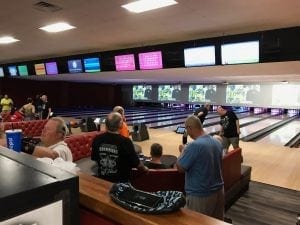 “We’ll get everything settled within the next 60 days, but we’ve had a couple of quiet openings to get our feet beneath us and work out everything, so we’ll be ready to go Friday,” Timmer said.

As for the Lebowski references, Timmer laughed, “yeah, I’m a big fan of the movie and we wanted to incorporate that into the menu and some of the other things, since obviously bowling is a big deal in the film.”

Sure enough, the food menu is sprinkled with dishes named after characters, from The Dude burger to a Vietnamese themed bratwurst called The Walter. 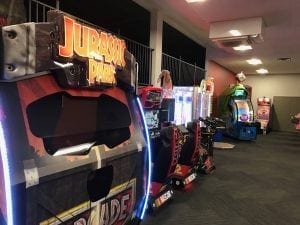 And, of course, they’ve got a great rug that just ties the whole thing together.

“We’ll try new things, we’re just having fun with it,” Timmer said. “We want this to be a place that’s great for the whole family.”

“Milan and this area on the Illinois side needs something different,” Scott said. “We really don’t have anything like this in this area of the Quad-Cities.”

“We want people to come out and enjoy it and have a great time,” Scott added. “We’ve had a great response so far and we hope people come out and check it out, because we think if they do they’re really going to like it and come back. Especially with the food. The food is phenomenal. 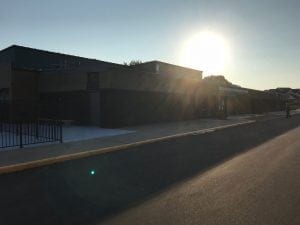 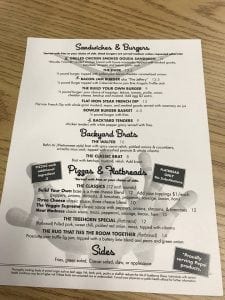