It was a situation akin to signing divorce papers after a three-year separation: On March 30, the Davenport Daytrotter operation ceased recording bands coming through the area, and on April 1, the DT owners, Wolfgang’s Vault/Paste, announced that they would be closing up shop here in the Q-Cs and consolidating their recording in their already-existing Atlanta and New York studios.

It came as absolutely no surprise, as last summer the Daytrotter venue shut down its live shows, and two years prior, Daytrotter founder Sean Moeller was forced out of the company he started in 2006 in an acrimonious parting of the ways with the new ownership. Daytrotter had been a dead man walking since then, and with its primary local ties severed, and no performance venue anchoring the company here, it made little sense for a corporate entity outside the area to continue operating locally.

Especially since it’s facing increasing competition from a predictable and ironic source.

After the split, Moeller moved on to do what he does best – networking, booking shows and displaying a keen eye for talent and a fine insight into musical trends. He began booking shows into various venues around the Q-Cs before finding a stable home at the Raccoon Motel in downtown Davenport, then the Stardust around the corner, Codfish Hollow in Maquoketa and the new Rust Belt in East Moline. Bon Iver will appear at the Rust Belt this weekend, with Fred Armisen on the horizon, and Ric Flair booked for the upcoming Turnbuckle Festival. 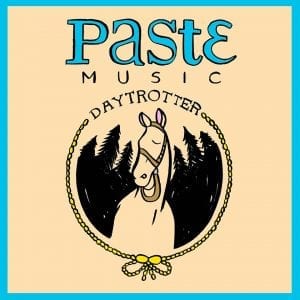 It’s been clear that Moeller has been on a roll, one that shows no signs of stopping, and with DT essentially a skeleton crew, it was only a matter of time before they closed up shop.

According to sources, the old Daytrotter venue at 324 Brady Street has a few potential occupants looking at it as a landing spot, so it wouldn’t be a shock to see it occupied before the end of the year.

As for Moeller, he continues doing what he’s done since he founded Daytrotter over a decade ago, by booking acts to record during tour stopovers at the rickety little studio in Rock Island, albeit minus the recording aspect, for now.

For the complete catalog of Daytrotter sessions, as well as new recordings, see www.pastemagazine.com/daytrotter.