The Big Swing is stepping to the tee in downtown Rock Island, opening its doors at noon today at the location of the old Blue Cat Brew Pub, 113 18th St., with a limited menu for Friday and Saturday before closing Sunday and Monday and re-opening with its full menu Tuesday, March 19.

QuadCities.com was invited for a sneak preview of the venue to check out the menu and decor prior to the opening, and while it was still a work in progress when we saw it, its look was very much in line with the Blue Cat, albeit with a different color scheme and some refurbished seats, tables and hardware. The walls are now a warm crimson and are adorned with various black-and-white pictures of classic celebrities and posters of favorite films. The menu was different from the Blue Cat’s, but included some of its more popular items like the meatloaf and the famous scotch egg.

“That was one of the items that people mentioned the most that they wanted back, and we wanted to listen to what people had to say,” said John Timmer, a co-owner of the Swing, as well as Milan’s Backyard Bowl and Abides Bar and Grill, with Shane Scott and Jon McAtee. “We’re excited and we’re looking forward to opening and welcoming the community. We’ll have some new things, some new items and twists, but it’s still going to have the same feel as the old Blue Cat, it’s still going to have a lot of the familiar touches and things that people loved.

“Things have been going along well, it’s taken longer than we thought, and that we wanted, but we wanted to get it right,” Timmer said. “We won’t be brewing our own beer there quite yet, but we’re going to feature some great local and regional stuff at the beginning. It’ll have a good mix.”

There will be some food items coming over from the menu of the Abides Bar and Grill, Timmer added, which is a very good thing, if you’ve ever had the food out there. It’s fantastic.
“Yeah, some of the burgers and sandwich items from the Abides will be on the menu too,” he said. “We’ve got some of the same staff working at both spots with that, so there will be some crossover.”
The hours of the Big Swing will be 11 a.m. to 11 p.m. Tuesday through Thursday and 11 a.m. to midnight Fridays and Saturdays. Sundays and Mondays will be closed, for now, although Timmer said they’re open to expanding the hours if the demand is there.

“It’s still the same old comfortable feel, that comfy cozy feeling like home,” he said of the decor and ambiance.

The new spot adds about two dozen full- and part-time jobs to the downtown Rock Island area, and will include a number of the old staff from Blue Cat. “You’ll see some familiar faces,” Timmer said.
He’s sure to see a lot of familiar faces walking in the doors, and he definitely welcomes them.
“We think people are really going to like it, Blue Cat fans and new people coming in,” Timmer said. “Everyone in downtown Rock Island has been great to us, and we’re looking forward to working together with the other business owners down there to do some great things. We’re very much looking forward to spring and summer.” 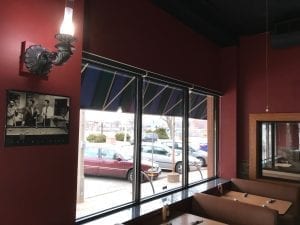 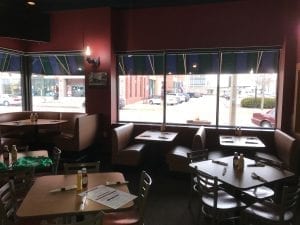 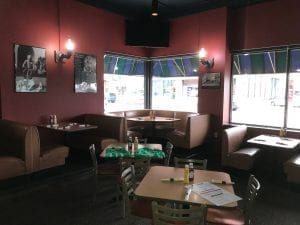 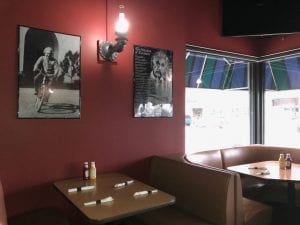