The award-winning documentary “Jean Seberg: Actress Activist Icon” will have its broadcast premiere on WQPT-Quad Cities PBS and screen one time on Sunday, March 27 at 7 p.m. The film was produced by Mid-America Emmy Award winners Kelly and Tammy Rundle of Fourth Wall Films, and Regional Emmy-nominated filmmaker Garry McGee of McMarr, Ltd.

Selected from 18,000 aspiring actresses world-wide at age 17, Marshalltown, Iowa’s Jean Seberg made her acting debut in Otto Preminger’s 1957 Saint Joan and starred in Hollywood films Lilith with Warren Beatty, Paint Your Wagon with Clint Eastwood, and the blockbuster Airport with Burt Lancaster. She is best known for her performance with co-star Jean-Paul Belmondo in director Jean-Luc Godard’s groundbreaking French New Wave film Breathless. 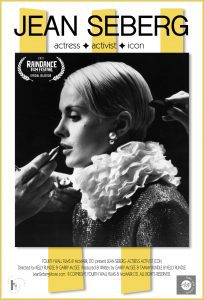 Seberg’s offscreen civil rights activism and her financial support for the Black Panther Party made her a target of the F.B.I.’s COINTELPRO and their plan to “neutralize” her initiated a downward spiral leading to her mysterious and untimely death in Paris.

“The documentary strips away the Hollywood gossip, the national media hype, and the F.B.I. propaganda to find a young woman of conscience embroiled in the important issues of her day, while also carving out a unique and important international film career,” said producer Kelly Rundle.

“She was a person, like all of us, who made good choices and bad choices,” said producer Garry McGee. “There were things that happened to her that she didn’t deserve. Jean was just trying to do what was right. You see a consistent thread throughout her life of reaching out to people who had fewer opportunities than she had.” 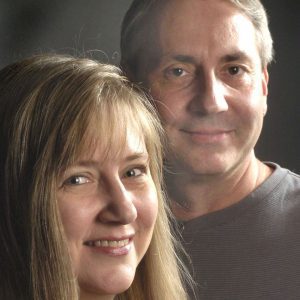 “Jean Seberg: Actress Activist Icon” premiered at the Raindance Film Festival in London in November 2021 and it’s an Official Selection at the upcoming American Documentary Film Festival in Palm Springs.

“Jean Seberg: Actress Activist Icon” was funded in part with grants from Humanities Iowa, the National Endowment for the Humanities, and Iowa Arts Council.

The Rundles’ films have won one Mid-America Emmy®  Award and their films have received nine nominations. Garry McGee is the author of “Jean Seberg: Breathless” and co-author of “Neutralized: The FBI vs Jean Seberg” and “The Films of Jean Seberg”. He received a Regional Emmy® nomination for his  documentary The Last Wright.