This Being Canceled Is The One Thing That United America

We continue to live in a divided country.

People on the far right and far left continue to battle each other over incredibly important and vital issues that are key to our nation’s survival.

Subjects like the gender of plastic Potato Heads and whether or not Tom Hanks is a giant lizard who sucks the blood of children keep the battle lines fiery and blazing with anger and animosity between the two sides.

But there’s one thing we can all agree on.

One cancellation that made us all happy, regardless of our politics, religion, or whether or not we like pineapple on pizza.

And that is the cancellation of Caillou.

If you are a parent, you shudder at the mere utterance of the word.

If you aren’t a parent, you still, subconsciously, feel a chill and an unexplained desire to go to the store to stock up on condoms.

The animated child star of his eponymous PBS series, Caillou is a mean, annoying, bald little shit who has been driving parents to drink since his show’s debut 24 years ago. 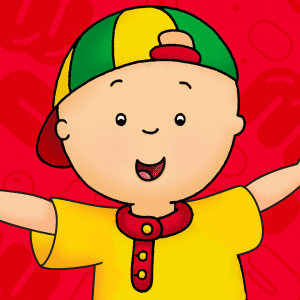 Caillou is terrible, and you will not convince me otherwise. Every whiny, excruciating, annoying thing about him labels him as the purest spawn of Satan we’ve seen on the television since perhaps Scrappy Doo. Fortunately for me, as a parent, I was largely spared his darkness. My son watched Caillou once, and thankfully did not like it. In fact, he would turn off the TV when it came on.

It was one of my proudest moments as a parent when he first did that.

Still brings a tear to my eye.

No, my son did not subject me to the horror of Caillou. I just had to see the little brat in commercials and promos while my son was watching shows he actually liked on PBS.

But not all parents were as fortunate as I.

Many parents have confided in me their despair over having to watch and endure Caillou in all his whininess and terrible splendor.

However, not all is lost in regard to parents’ ongoing battle against Caillou.

In fact, the battle may in fact be already won.

Finally, a cancellation we can all agree upon. 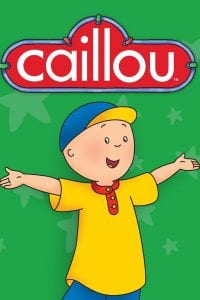 Whether you voted for Joe Biden or Donald Trump, we can all agree that Caillou was terrible. Oh, and also that Jeffrey Epstein didn’t kill himself.

In January, the announcement was made, and, now, in March, the last episodes of Caillou have finally bid their farewell on PBS stations across North America.

In some ways, we can thank some elements of cancel culture for this.

Since 2015, parents have been complaining and protesting the cueball-headed little beast’s show on PBS, due to the fact that he sucks. Specifically, they mention that he’s mean, exhibits sociopathic behavior towards his family, and does things like smacking his babysitter and lying to his parents. The repeated letters and calls were enough to get four episodes of Caillou’s show banned.

It was a start.

Over the ensuing five years, momentum began to build, with more and more “Stop Caillou!” and “Cancel Caillou!” petitions being sent to PBS.

Until, finally, something magical happened.

The little brat’s show was finally pulled from the air. 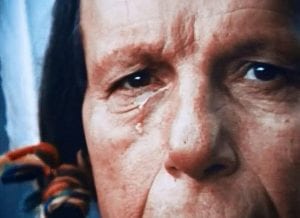 Even this dude was crying tears of joy when “Caillou” got cancelled.

There was no fond farewell show. Caillou wasn’t seen moving away, or growing up, or being swallowed up by a black hole, or attacked by wolverines.

It was just gone.

Thus sparing current and future parents a nightmare which had been going on since the ’90s.

And so, if it somehow seems, over the past couple of months, that things have been a little less testy, a little less venomous, in the divides between people in this country, perhaps that’s why.

Perhaps we just all needed a cancellation we could agree upon.

And nothing ever united most of America like its hatred of Caillou.