Quad City will present the area premier of Disaster! The Musical April 1-10! 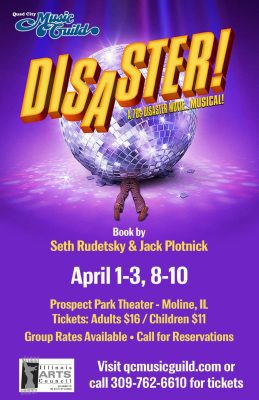